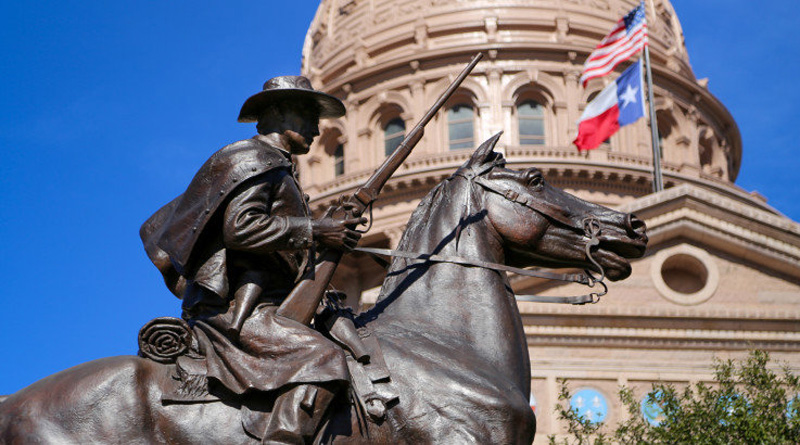 If you reside in a Southern State and want to actually DO SOMETHING about outrageous assaults on our Southern Heritage by Cultural Marxists, enlist in our letter-writing campaign.

Use the letter below as a guide, then re-write or re-type it, copy it, sign them both, and send one each to your State Senator AND State Representative. (The letter may also be found at our website www.councilofconservativecitizens.org)

Elective office-holders pay little attention to Faxes or e-mails, but a personal letter is a different matter. They assume anyone who takes the time to write feels strongly about a particular issue, and will remember how their elected officials voted on that issue.

100 letters on a particular subject will get their attention, but 10,000 such letters will concentrate their mind like the proverbial “hanging in a fortnight.” They will recognize that their political careers may very well hang in the balance.

I am outraged at the removal of Historic Monuments, particularly those honoring our Confederate Heroes. I support legislation that would end such political grave-robbery, and I wish to suggest a couple of ideas to improve such legislation.

Historic Monuments are public property, most were originally approved by a deliberative body, and most (if not all) were funded by private donations from such entities as the United Daughters of the Confederacy (UDC) and Sons of Confederate Veterans. (SCV).

Some Southern States have introduced legislation requiring a Referendum prior to the removal of Historic Monuments, such as Rep. Thomas Carmody’s Bill in Louisiana (HB-71.) Here are a couple of suggested provisions that might improve such legislation, and introduce some much-needed fairness and equity into the situation.

First, if a municipality or county (or Parish) holds such a Referendum, and a majority votes to remove a Historic Monument, then that government entity should become legally obligated to financially compensate the original donors who contributed to those Historic Monuments, to the extent they can be ascertained. The reimbursement should be in “constant” (inflation-adjusted) dollars.

Government entities would be legally obligated to make Restitution to the UDC or SCV, or any other heritage groups still in existence, when and where they were found to be an original source of funding for these Historic Monuments.

A second suggested Provision would mandate that government entities which choose to remove Historic Monuments become legally obligated to assume all financial costs of removing, relocating and restoring them to the nearest venue desiring them, within the same state.

I propose withholding some state discretionary funds, if necessary, to ensure that this requirement is satisfied.

One thought on “Words Or Deeds?”