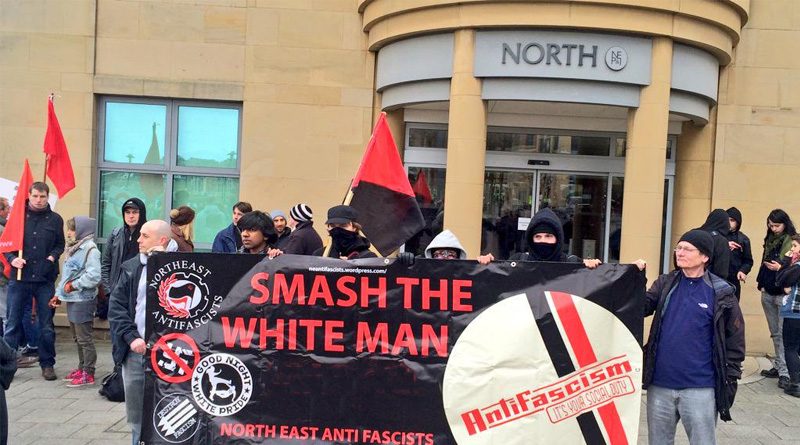 Multiple patriotic websites were recently shut down. Sites that have been around for decades and been the few remaining outlets of free speech have finally been put to death. The people who control our societies (you know who you are) tell us that “HATE” can no longer be tolerated and that we need to

Remember goyim, these rules only apply to patriotic white people.

Partial list of Communist websites that are still standing:

Other than RevLeft, the other two links are to actual political parties that seek to gain political power in the USA. The right wing patriotic sites that were shut down, like Stormfront, were forums that did not advocate any sort of political solution. They were just platforms for free speech. Stormfront, for example, has already been blocked in Italy since the fatherland is currently being occupied by the Anglo-Zionist alliance. The only solution now is a worldwide Nationalist revolution.

Despite the ruling by the Supreme Court:

From the June 19, 2017 opinion by Justice Samuel Alito (for four justices) in Matal v. Tam, the “Slants” case:

[The idea that the government may restrict] speech expressing ideas that offend … strikes at the heart of the First Amendment. Speech that demeans on the basis of race, ethnicity, gender, religion, age, disability, or any other similar ground is hateful; but the proudest boast of our free speech jurisprudence is that we protect the freedom to express “the thought that we hate.”

Justice Anthony Kennedy wrote separately, also for four justices, but on this point the opinions agreed:

A law found to discriminate based on viewpoint is an “egregious form of content discrimination,” which is “presumptively unconstitutional.” … A law that can be directed against speech found offensive to some portion of the public can be turned against minority and dissenting views to the detriment of all. The First Amendment does not entrust that power to the government’s benevolence. Instead, our reliance must be on the substantial safeguards of free and open discussion in a democratic society.
Share This Post:

One thought on “Why are Communist Websites or Antifa Websites Not Being Shut Down?”