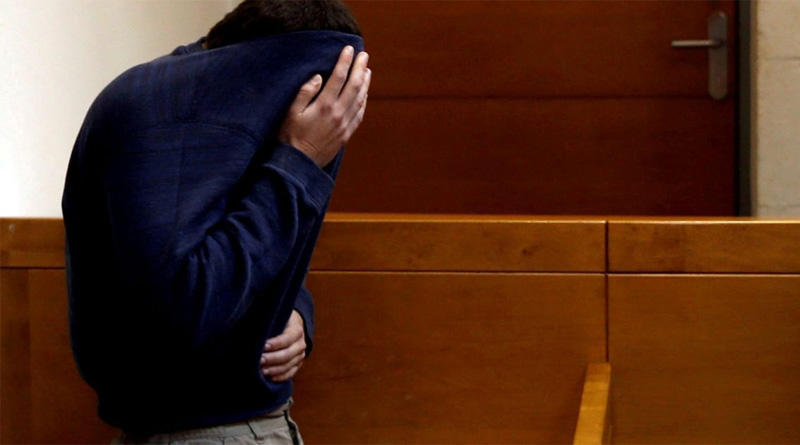 Hate Crime Hoax Hypocrisy Jews
June 10, 2017 Staff 2934 Views 2 Comments
“It was a 100 percent lie that (Donald Trump’s) election unleashed anti-Semitism. … Hundreds of Jewish community centers had bomb threats called in. To the best of our knowledge to this day, 90 percent of them were called in by an American Jewish kid living in Israel, and the other 10 percent were a black radical who was trying to impress his girlfriend.”Dennis Prager on Thursday, May 18th, 2017 in an appearance on CNN

A segment hosted by CNN’s Don Lemon on May 18, 2017, got a little heated. Lemon and one of his guests, conservative radio host Dennis Prager, sparred over an apparent increase in anti-Semitic incidents after the 2016 presidential election, and who was to blame.

Prager said there was no rise in anti-Semitic incidents, and the incidents that did occur didn’t have anything to do with Donald Trump.

“It was a 100 percent lie that his election unleashed anti-Semitism,” Prager said. “Hundreds of Jewish community centers had bomb threats called in. To the best of our knowledge to this day, 90 percent of them were called in by an American Jewish kid living in Israel, and the other 10 percent were a black radical who was trying to impress his girlfriend.”

Is he correct? We found that Prager has a point about the bomb threats to Jewish community centers largely being the work of two suspects who have since been arrested. However, there is evidence that the number of anti-Semitic incidents other than bomb threats did increase after the election. (Prager did not respond to email inquiries.)

Nowhere do the Jewish jihadists at the SPLC mention the 1,003 dead, 1,036 wounded by jihadist terrorists during Ramadan 2017 by Muslim extremists. The majority of victims were Christian. The SPLC harps on about “…the rising hate in Trump’s America.”

To date, the FBI announced two arrests related to the bomb threats. (We should note that the two individuals cited below have not been tried yet.)

The first came on March 3, when the U.S. Attorney’s office for the Southern District of New York announced a charge of cyberstalking against a St. Louis man, Juan Thompson. Thompson was charged with “allegedly stalking a former romantic interest by, among other things, making bomb threats in her name to Jewish Community Centers and to the Anti-Defamation League.”

The Justice Department said that Thompson appeared to have made “at least eight of the JCC threats as part of a sustained campaign to harass and intimidate” his victim.

Then, on April 21, the Justice Department announced that charges had been filed against Michael Ron David Kadar, an 18-year-old resident of Israel with dual citizenship in the United States and Israel. Israel refuses to extradite this scum bag. Maybe if America begins to cut off the massive welfare to Israel then Israel will reconsider. The charges in question were for making telephone bomb threats against Jewish facilities in central Florida and for providing false information to police in Georgia.

Then-FBI director James Comey said in a statement that “this kind of behavior is not a prank, and it isn’t harmless. It’s a federal crime. It scares innocent people, disrupts entire communities, and expends limited law enforcement resources.”

Prager’s on target when he cites Thompson and Kadar as the two individuals charged so far with making Jewish community center bomb threats.

Somewhat less certain is the total number of threats called in to Jewish community centers. It is reported by law enforcement that Kadar made 2,000 hoax hate calls to Jewish centers.

As we noted, officials have tied Thompson to eight calls. Meanwhile, the criminal complaint against Kadar alleged that between Jan. 4 and March 7, Kadar made “at least 245 telephone calls involving bomb threats and active shooter threats. A significant portion of the threats targeted Jewish community centers and other historically Jewish institutions such as Jewish schools and Anti-Defamation League offices.”

The FBI declined to comment further to PolitiFact, citing the ongoing investigation. So the exact number of threats the two individuals made — once duplicate calls and calls made to non-Jewish targets are set aside — is hard to nail down.

However, the number of calls they made appears to be in the ballpark of the number of reported bomb threats. It’s not certain that threats numbered in the “hundreds,” as Prager said, but if not, they weren’t far off. The FBI now estimates the total number of hoax threats to be in the thousands

The Southern Poverty Law Center, a group that tracks hate crimes, has tracked upwards of 170 such threats made internationally and domestically. And the Anti-Defamation League — another group that tracks hate crimes, and which was a target of a number of the calls in question — has identified 167 such threats in the United States in Canada. A low-ball estimate to ameliorate and diminish the overwhelming number of hoaxes.

Given this data, Prager has a point that most of the bomb threats are traceable to the two individuals who have been charged so far, and he’s also correct that Kadar has been charged with making many more than Thompson.

Aryeh Tuchman, associate director of the Anti-Defamation League’s Center on Extremism, said that there are probably a modest number of bomb threats not traceable to either of these two suspects. “The two individuals that Prager mentioned accounted for the vast majority of the bomb threats, but not all of them,” Tuchman said.

That said, Tuchman added one further piece of evidence that Thompson and Kadar account for the vast bulk of threats: “Thankfully, there have been no further bomb threats recently,” he said.

Incidents in 2016 cited by ADL include instances of harassment (such as voice mails or social media attacks), vandalism (such as graffiti) and assault (including one incident in which two shots were fired at a victim’s vehicle).

What about the Jews’ embrace of the Muslim population during these terror attacks? Have we heard any of these Jewish organizations denounce the jihadist extremists?

Tuchman cautioned that ADL “believes that the presidential campaign was a factor in the increase in anti-Semitic incidents, but only one factor.”

But even if the election was only one factor among many, the rise in anti-Semitic incidents overall call into question Prager’s assertion that it’s a “100 percent lie that his election unleashed anti-Semitism.”

Prager said, “It was a 100 percent lie that his election unleashed anti-Semitism. … Hundreds of Jewish community centers had bomb threats called in. To the best of our knowledge to this day, 90 percent of them were called in by an American Jewish kid living in Israel, and the other 10 percent were a black radical who was trying to impress his girlfriend.”

He’s close to the mark in describing the overwhelming role of two suspects in making bomb threats against Jewish targets earlier this year.

2 thoughts on “Were Two People Responsible for Virtually All Anti-Semitic Incidents After the Election?”