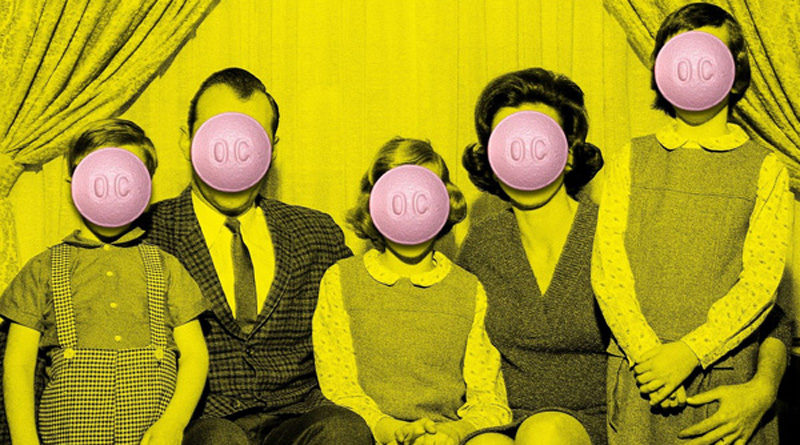 Tucker Carlson addressed the Sackler family and Purdue Pharma on Monday night, criticizing them for making billions of dollars on the production of oxycontin — all while knowing and hiding the drug’s addictive nature.

Carlson began, “Now, new filings in a lawsuit in Massachusetts against members of the Sackler family showed just how far they were willing to go to get rich. Prior to the release of oxycontin, Purdue Pharma argued that the drug was less addictive than the other opioids because it was released gradually because of its packaging. They had no proof this was true and of course this turned out not to be true at all.”

The founder and former top employees of a pharmaceutical company, Insys, are facing a reckoning for their role in a bribery scheme that prosecutors say boosted sales of a powerful, highly addictive painkiller and helped fuel the national opioid epidemic.

Starting Monday, seven people who worked for Insys Therapeutics will appear in Boston to be sentenced by a federal judge.

The case against company founder John Kapoor and his associates was considered the first that sought to hold an opioid maker and its executives criminally liable for the drug crisis that’s claimed nearly 400,000 lives over two decades.

At least two other companies, a drug distributor in New York and another in Ohio, have since been hit with criminal charges. But prominent industry names — specifically OxyContin maker Purdue Pharma and the Sackler family that owns it — have only faced lawsuits, which carry no threat of prison time.

Prosecutors say officials at Arizona-based Insys Therapeutics paid millions of dollars in bribes to doctors across the country so they would overprescribe Subsys, a fentanyl-based oral spray meant to ease intense pain suffered by cancer patients.