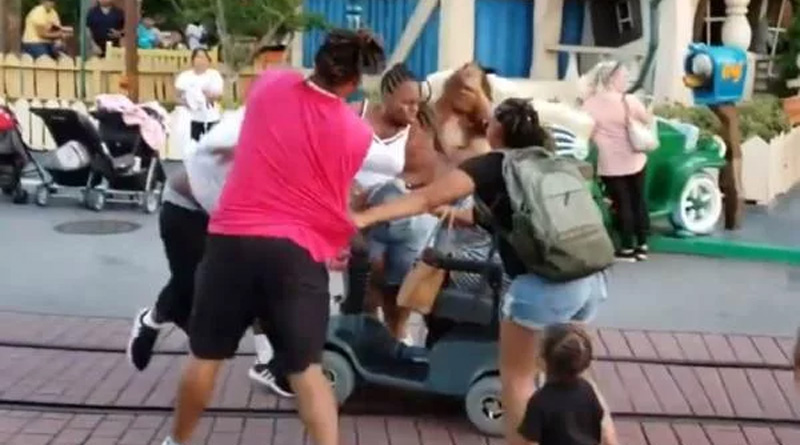 The video goes on for several minutes. At one point the mother is knocked down after standing up from her motorized chair.

Another woman spit in a man’s face to start it all off.

The people involved in the fight were immediately escorted out of the park, a Disneyland official told KTLA.

“We do not condone this behavior,” a statement from Disney said.

Anaheim police said everyone involved in the fight belongs to the same family and that they were uncooperative when officers responded.