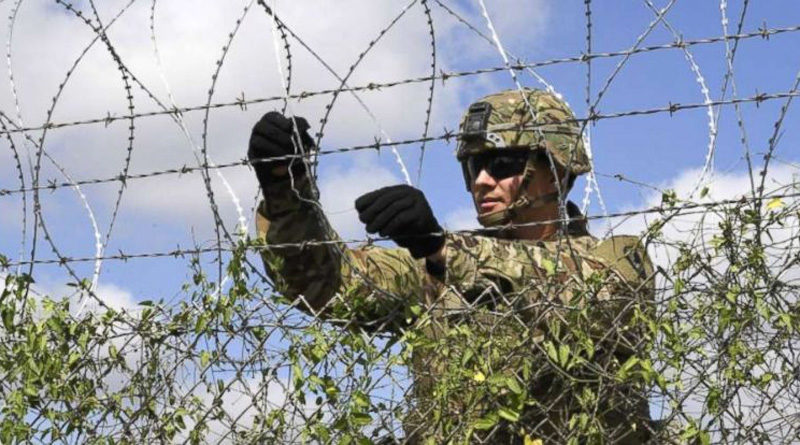 There comes a time in every presidential administration when the people in charge realize they’re not really in control. Unforeseen events arise in an instant. Every assumption about the future changes.

Heads of state die, wars erupt, natural disasters descend, epidemics rage. None of it was in anybody’s plan.

There’s something about human nature that prevents us from preparing for this for abrupt and radical change. We pretend the unexpected will never happen. But there’s something in nature itself that reminds us it inevitably will. It’s always a terrifying realization.

The rise of the Chinese coronavirus is that kind of moment. The virus is quickly becoming a global pandemic. Ultimately, it could kill millions. At the very least, it will reorder the global economy and change our politics.

Could the disease help determine the outcome of our next presidential election eight months from now? Of course it could. In fact, it will.

Our leaders can’t stop that. Like all matters of life and death, it is beyond human power to effect. But they can respond to the threat in a way that makes this country stronger, not weaker.

How can they do that? The first step is to take the virus seriously and to convince the public that you are.

In 1918, President Woodrow Wilson’s White House downplayed the Spanish influenza and refused to take obvious precautions to slow its spread. Wilson had a pointless war in progress in Europe to fight. His generals couldn’t be distracted from that goal.

So the government continued to ship men to overcrowded Army camps across the country and to pack them on ships to France. The virus spread exponentially in the end. About 53,000 Americans in our military were killed in combat in that war. At least 675,000 Americans died of the flu.

Could Wilson have prevented that disaster? Well, not entirely, but by early and decisive action, he could have improved America’s odds.

So what does effective action look like now? Well, we ought to be screening people when they get off the planes from infected countries. That’s not complicated. It’s obvious. But at the same time, it is hardly a solution.

We should be honest about how much we can do to keep the Chinese coronavirus from coming here.

Some 100 years ago, the Spanish flu killed a significant percentage of the population in remote Aleutian Islands, and that was before air travel. Today, the entire world is connected by hourly international flights.

Global pandemics are inevitable. There’s too much movement to keep viruses isolated. We should acknowledge that, yes, we can do our best to keep foreign diseases out of this country, but we ought to spend most of our time trying to figure out how to protect Americans.

Once the diseases get here. There’s still a lot we don’t know about the Chinese coronavirus, but two things do seem clear. It is highly communicable and the elderly and people with preexisting respiratory disease face the greatest threat from it.

That means for most Americans, the biggest risks will come not from the virus itself, but from its ancillary effects. People will panic. Travel will be disrupted. Markets will tumble. And most critically, hospitals will be overwhelmed.

We’re about to learn the limits of our health care system. Conditions will be tough for the many thousands of Americans looking for beds to recover from the flu. In Seattle, they already are. But things will be even worse for anyone suffering from, say, pancreatitis or a burst appendix, not to mention countless other health emergencies.

People like this may not get care at all. Our system won’t be able to accommodate them. There are many implications of this and some of them are political, for example.

Is this really the time to invite the rest of the world to join “Medicare-for-all?” Probably not. That idea was always stupid. Now it’s clearly dangerous.

On a practical level, saving American medicine from collapse must be our leaders’ top priority right now. We need to expand emergency hospital bed capacity. We need to make certain we have enough lifesaving drugs and medical equipment. The basics.

Unfortunately, that’s not as simple as it sounds or as it should be. While the rest of us were arguing about sexism and transgendered bathrooms, China took control of our health care system.

China dominates the world market in pharmaceutical ingredients. Compounds used in virtually every essential medicine for high blood pressure, for cancer, for Alzheimer’s disease, and many more come from China.

So do the key components in vital medical technology, including CT scanners, X-ray machines, ultrasound equipment.

As of now, more than 95 percent of all the antibiotics in America are manufactured in communist China. Yes, 95 percent.

Our chief global rival has a total monopoly on the most important medicine in the world. That should worry you more than anything the political candidates are currently talking about.

Imagine watching one of your children die from an infected cut. China has the power to make that happen. The Chinese government is acutely aware of this power. Last year, a prominent Chinese economist suggested cutting off the supply of antibiotics to the United States as leverage in the trade war.

That should have been the biggest story in America. The news media all but ignored it. Why? Because it implicated them and their political party in one of the greatest crimes of our time.

Nine years ago, famously brilliant former President Barack Obama did predict a connection between China and the next global pandemic. Unfortunately, Obama got it backward. He claimed China would help us.

Obama said: “I absolutely believe that China’s peaceful rise is good for the world and it’s good for America, to the extent that we have a partner in addressing issues like climate change or pandemic.”

Our foremost genius. The people in charge have no idea what they’re doing. And to the extent they do, they’re selling us out on purpose.