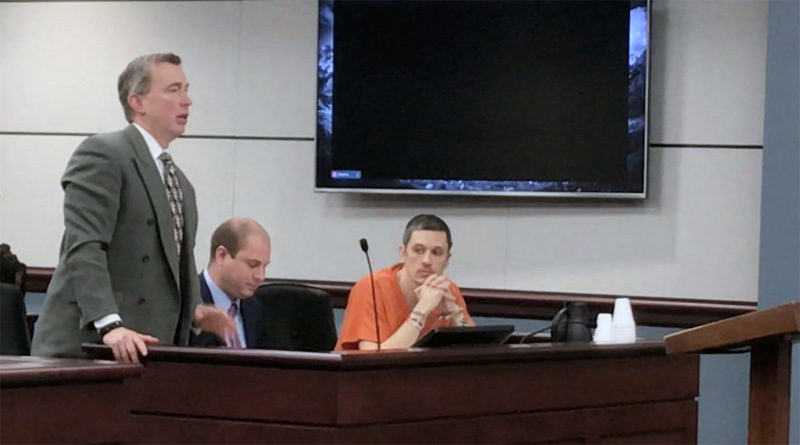 A York, South Carolina judge today ruled that law enforcement lacked probable cause in their arrest of Augustus Sol Invictus for kidnapping.

According to evidence laid out in the hearing, Invictus’ accuser, his wife Anna Invictus, followed him from South Carolina to Florida out of her own volition in her own separate car with their children during a move the couple had been planning for months. Prosecutors claimed this amounts to “kidnapping” because Augustus was in possession of his legal firearm during the duration of the trip. Communications between the two showed no threats before, during or after the trip, but they did uncover evidence that his wife freely followed him across two states in a separate vehicle even after he supposedly threatened her with a gun and bruised her.

A source familiar with Invictus’ case spoke to National Justice, stressing that he still had two serious charges on his docket, which they expect will also be dropped for lack of evidence.

According to this source, they have evidence that the accuser has been working closely with Alexandria Brown aka Alexandria Fanella, a self-admitted mentally ill prostitute who Invictus has reported to the police in the past for stalking him and his family. Brown/Fanella has been working with anarchist “antifa” groups to raise money for herself and manufacture a slanderous publicity campaign to get Invictus convicted via media, Richard Jewell-style.

Most disturbing of all are attempts by lead detectives and prosecutors to use Invictus’ nationalist political views and free speech legal advocacy to tip the scales of justice. According to the source, the detective who built the case against Invictus relied heavily on subjective and malicious articles misrepresenting his beliefs provided by the Southern Poverty Law Center, a highly discredited propaganda organ with ties to extremists that has no objective law enforcement value.

The detective was able to get Invictus’ bond revoked during the first hearing by not only reading from the SPLC’s opinion blog to make his case against the defendant, but also suggesting that Invictus being released would put the SPLC in imminent physical danger. SPLC operatives were in the audience watching as he did this. This has nothing to do with the domestic violence charges being raised against Invictus and only demonstrates stark collusion between the police and a hard left activist group.

During the second bond hearing, Detective Matt Beach once again raised Invictus’ political beliefs, as characterized by the SPLC, up as circumstances demanding he be held without bond by stating that “the low opinion defendant has of our society” is somehow reason to hold him in custody until his trial for spousal abuse.

The heavy reliance of prosecutors and police in this case on the word of the defendant’s political rivals suggests that their actual criminal case is paper thin. Our source close to Augustus promises that more evidence supporting this view will be made publicly available soon.