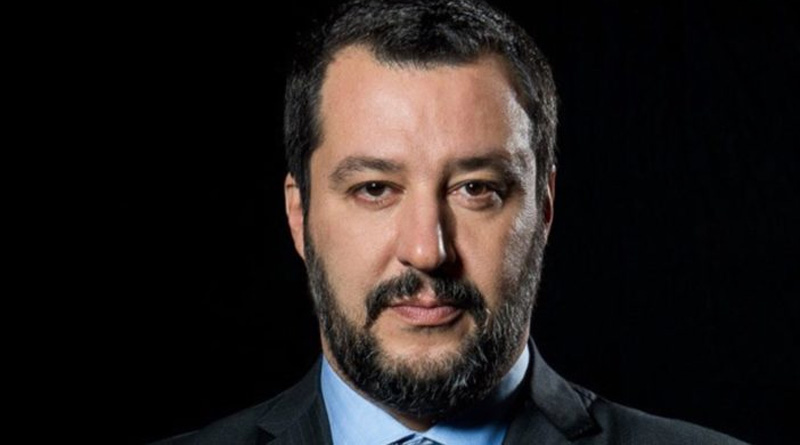 Italy’s Matteo Salvini infuriated the EU’s most senior foreign minister by declaring that Italy needs more children, not more Africans “to replace the children we’re not having”.

Speaking at a conference on the European migrant crisis in Vienna, the dynamic League (Lega) leader, who became Italy’s deputy prime minister and minister of the interior after anti-establishment populists triumphed at the polls in the recent elections, said he disagreed with EU politicians “[who] say that we need immigration because the population of Europe is getting older”.

“I have a completely different viewpoint,” he said. “I believe that I’m in government in order to see that our young people have the number of children that they used to a few years ago, and not to transplant the best of Africa’s youth to Europe.”

Salvini’s remarks flustered nearby Jean Asselborn, who muttered “blah, blah, blah” while the Italian was speaking.

The 69-year-old Luxembourger, who is the EU’s longest-serving foreign minister — having been in post since 2004 — has previously complained that anti-mass migration parties which want to “protect Christianity” and refuse to “open the door” to Arabic-speaking Muslim migrants will “destroy Europe” with their strong border policies.

Salvini: ‘We Need to Help Italians Have More Children, Not Bring Africans to Replace the Children We’re Not Having’

Salvini merely used the opportunity to goad the EU loyalist, however, adding: “Maybe in Luxembourg they need to do this, but in Italy we need to help people have more children, rather than bring in modern-day slaves [from Africa] to replace the children we’re not having.”

Salvini’s remarks prompted an explosion of anger from Asselborn, who raged: “In Luxembourg, sir, we have welcomed thousands of Italians who came to work in our country, as migrants, so that you in Italy had money for your children!”

Unable to contain himself, he then added “Merde, alors” — meaning “then shit”.

The outburst is just the latest example of the EU old guard’s growing discomfiture as anti-mass migration, pro-sovereignty parties rise up and even enter government in countries such as Austria, Italy, Hungary, and Poland, rendering the globalist consensus in Europe increasingly fragile.

Salvini, for his part, was happy to share the Luxembourger’s meltdown with his substantial social media following, and dismissed his city-state home country as “a tax haven that cannot give lessons to Italy”.