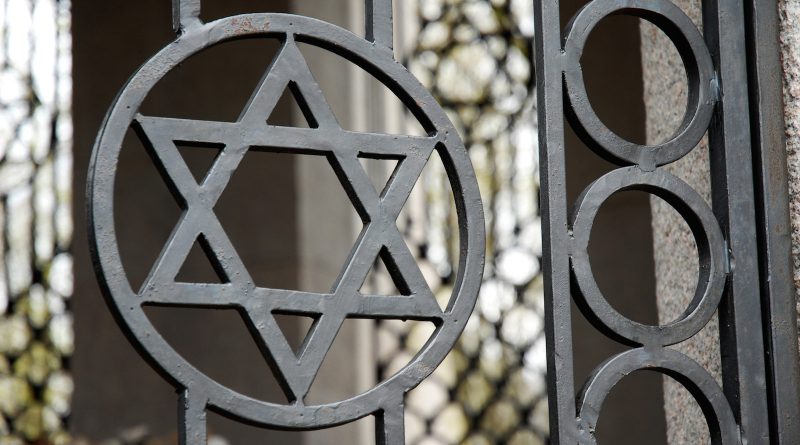 (This is a clarification of a letter that appeared in the March issue of the INFORMER by Moishe Finkelstein.)

The Judaism practiced by Chuck Schumer, Ruth Bader Ginsburg, George Soros, and most Jewish Congressional office-holders is not really Judaism, but a mix of internationalism, globalism and Marxism, with some Jewish traditions sprinkled in. Let us examine Rabbinic Judaism, and see how it differs from “International” Judaism.

About 70 years after the Resurrection of our Lord, Jesus Christ, and thirty years after the destruction of the 2nd Temple in Jerusalem, many learned Rabbis of the era met in the Israeli town of Yavneh. There, they crafted a Judaism based on the Old Testament and the need to keep Jews unified, proud, and separate from Christians and pagans. These laws were codified in the Talmud, which defines Orthodox Rabbinical studies even today.

Local synagogues were built to replace the destroyed Temple. Laws were also instituted to prohibit work, riding animals and walking long distances on the Sabbath, which was observed on Saturday rather than Sunday. These laws required Jews to live close to their synagogue, and by extension, close to one another. The Talmud’s Sabbath laws kept Jewish communities united and viable.

Another set of Talmudic ordinances involved Kashrut, or keeping kosher: For meat to be considered kosher, the animal had to be slaughtered in a manner prescribed by the Talmud. Since there was no such thing as refrigeration at the time, Jews had to live close to each other to partake of kosher meat. The ultimate effect of codifying the Talmud’s kosher laws was to prohibit food fellowship with early Christians and pagans.

The Talmud also prohibited marriage between Jews and either Christians or pagans. These Talmudic Laws kept Jews together as a people until about 1770, when the Jewish philosopher, Moses Mendelssohn (1729-1786), fathered and ushered in Reform Judaism.

Reform Judaism evolved in the 19th and 20th Centuries, and is still evolving today. However, this “Jewish Reformation” was quite different from the Protestant Reformation of the 1500s. While the Protestant Reformation brought Christianity more in line with the Bible and Christ’s teachings, the Jewish Reformation took Judaism away from traditional Rabbinic Judaism and the Old Testament. It moved Judaism more into line with Freemasonry and the Marxist ideologies of Multiculturalism and Globalism.

Under Reform Judaism, Jews were allowed to ride animals or drive cars to their synagogue or temple. Jews were also permitted to eat non-Kosher slaughtered cattle and sheep, and some branches of Reform Judaism even allowed Jews to eat pork. Reform Judaism incorporated many “Gentile” philosophies — including those of Karl Marx — into its Canon Law.

Today, the vast majority of all practicing American Jews observe this Reform Judaism, with its internationalist, multiculturalist and globalist elements. This includes most moguls of the fake news industry, Jewish jurists, and most Jewish Congressmen and Senators.

To the International Jew practicing Reform Judaism, leftist policy initiatives by Schumer, Ginsburg, Soros or Jerrold Nadler are applauded as examples of good deeds or what are called “Mitzvahs.”

This form of Judaism tends to fuel “anti-Semitism” among those who oppose this Jewish-sponsored multiculturalism and internationalism, and it often inspires non-Jews to strike back at Jews in general.

Mr. Bodenstein is a Christian convert from Judaism, and has been a Member of the CofCC for many years.

One thought on ““Reform” Judaism in a Nutshell”