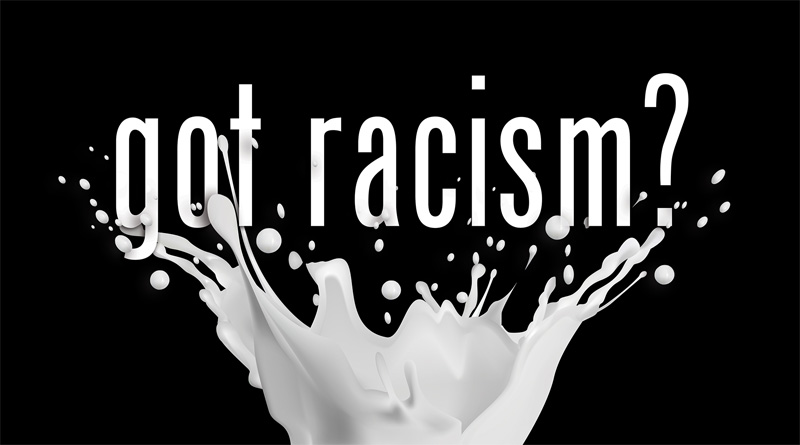 PETA’s shenanigans vary from the absurd to the downright offensive. From likening rape survivors to pigs and cows, to calling Pokémon a form of animal cruelty, PETA’s efforts to “save the animals” always make the headlines—and with good reason: they’re completely absurd.

The animal rights group today released a new video to cry over milk, equating the nutritious drink with Nazism. Following the rise in Trump Derangement Syndrome and the progressive left’s hysteria over white supremacism, PETA states:

“Did you know that milk has long been a symbol used by white supremacists?”

It’s an alternative fact accompanied by an equally ludicrous video, which they published on social media. They call milk the neo-Nazi drink of choice, stating that it has “long been” a symbol used by white supremacist groups as a “thinly veiled allegory for racial purity.”

To back up the statement, they even say it played a “prominent role” in the Jordan Peele race comedy, Get Out, with quotes from the director.

It’s followed by some secretly-captured (and horrifying) footage of cows being manhandled and abused by factory farm workers, so viewer discretion is advised. Watch it at your own risk.

So how did the association of white supremacism to milk even come about? Perhaps the answer lies in ‘Inglourious Basterds’ Hans Landa’s love of delicious milk.

Ian Miles Cheong is a journalist and outspoken media critic. You can reach him through social media at @stillgray on Twitter and on Facebook.