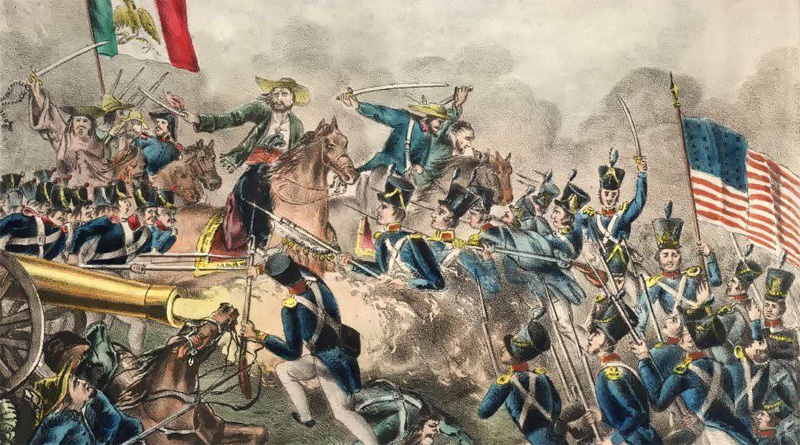 You have to hand it to Mexico, they have a great sense of humor — either that or a great imagination.

A Mexican historian maintains that his country still has a legal claim to Texas and California, but is willing to let bygones be bygones and not pursue the matter.

All he wants in return is that we grant U.S. citizenship to the millions of undocumented immigrants estimated to be residing within our borders.

Apparently, the land of sombreros and tequila doesn’t want them either.

Enrique Krauze, who describes himself as a historian, maintained in a New York Times op-ed that not only does Mexico have a legal claim to Texas and California, but also sections of southern New Mexico and Arizona. Enrique Krauze Kleinbort was born in 1947 in Mexico City to parents of Polish Jewish descent. Now we understand.

All those territories we ceded to the United States pursuant to the Treaty of Guadalupe Hiladgo, which in 1848 brought an end to the Mexican-American War.

Krauze claimed that it was President Trump’s rhetoric on illegal immigration that prompted him to act.

“The United States invasion of Mexico in 1846 inflicted a painful wound that, in the 170 years that followed, turned into a scar. Donald Trump has torn it open again,” he wrote.

It should be observed at this point that the memory of proud Texans is at least 10 years older than that of Krauze. Their battle cry, “Remember the Alamo” refers to a battle that was waged 10 years before the start of the Mexican-American War.

…[S]ome Mexicans are proposing to remind Mr. Trump exactly what country was the first victim of American imperialism. They are calling for a lawsuit that would aim to nullify the Treaty of Guadalupe Hidalgo (signed on Feb. 2, 1848), in which Mexico — invaded by American soldiers, its capital occupied, its ports and customs stations seized — was forced to accept the American annexation of Texas and concede more than half the rest of Mexican territory, now including most of the states of Arizona, New Mexico and California…

He went on to suggest that the $15 million the United States gave Mexico for the territories it once owned was “feeble.” In comparison, however, in 1867, while the war with Mexico was being waged, the U.S. purchased the territory of Alaska from Russia for $7 million.

Nonetheless, Krauze suggested reparations — but neither money nor land.

But the best and most just reparation would be American immigration reform that could open the road to citizenship for the descendants of those Mexicans who suffered the unjust loss of half their territory.

Here’s a counter-offer: Mexico can have both California and its citizens who are residing here illegally. As for Arizona, we’ll throw in Sen. John McCain to sweeten the deal.