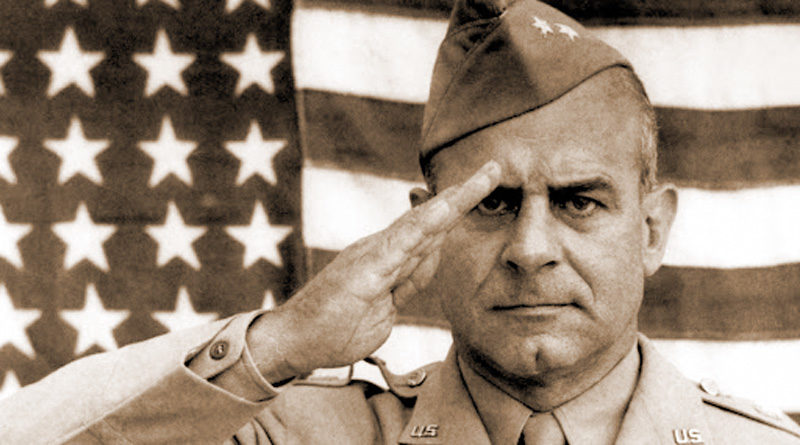 After the attack on Pearl Harbor, America was reeling from the onslaught and our prospects seemed bleak. In addition to 2,400 dead, a large number of battleships and fighter aircraft were damaged or lost in the attack, which dramatically reduced our ability to respond to Japan’s sneak attack and its aggressive designs in the Pacific Theater.

Doolittle was outraged by the attack and loss of American life: As any true leader would, he immediately set about to plan an appropriate response. He petitioned “Hap” Arnold at Army Air Corps Headquarters with a plan of his own conception, one designed to attack the Japanese mainland from carrier-launched bombers and retaliate for their attack on Pearl Harbor.

For many months and under intense security precautions, Doolittle and 79 other volunteers practiced exceptionally short take-offs in B-25 Mitchell bombers in order to simulate aircraft carrier launches. Their objective was to attack the Japanese cities of Tokyo, Yokomaha, Osaka, Kobe and Nagoya, and do so from the deck of an aircraft carrier.

To its 80 volunteers, the prospect of surviving their raid was bleak and offered the prospect of almost certain death or, at the very least, capture and torture at the hands of the Japanese.

Their mission was to enter Japanese waters and launch medium bombers from an aircraft carrier deck, then fly several hundred miles West to drop their bomb-load on Japan and eventually “ditch” their planes in Manchuria.

The raid did not go as planned. The aircraft carrier Hornet and its task force were detected by Japanese vessels several hundred miles short of their planned launch site. This necessitated an earlier launch, making the raid even riskier, since the fuel capacity of the B-25 was deemed insufficient to reach Manchuria with several hundred additional miles added to the mission.

They launched on the 18th of April in 1942, the anniversary of Paul Revere’s famous ride. The sixteen crews experienced surprisingly little anti-aircraft fire, and most succeeded in dropping their bomb-loads over their intended targets. As it turned out, their fears of having insufficient fuel were justified, and every crew which was not shot down by Anti-Aircraft fire was eventually forced to ditch over China or Russia, short of their designated landing sites.

IT IS ALMOST IMPOSSIBLE, 78 YEARS LATER, TO CONVEY THE BOOST IN MORALE AND SENSE OF TRIUMPH THE DOOLITTLE RAID GAVE THE AMERICAN PEOPLE SO SOON AFTER THE DISASTER AT PEARL HARBOR.

Instead of wringing their hands and cursing our fate, these brave men set about to avenge the Japanese sneak attack, and did so at the very heart of Imperial Japan. After word of his raid had been released to the press, Jimmie Doolittle probably had greater name recognition among the American People than either Ted Williams or Joe DiMaggio.

Despite his fears of a Court Martial, Jimmie Doolittle received the Congressional Medal of Honor, this nation’s highest military award, which read as follows:

“For conspicuous leadership above and beyond the call of duty, involving personal valor and intrepidity at an extreme hazard to life. With the apparent certainty of being forced to land in enemy territory or to perish at sea, Lt. Col. Doolittle personally led a squadron of Army bombers, manned by volunteer crews, in a highly destructive raid on the Japanese mainland.”

God Bless him: He was a Man among Men, and we may not look upon his likes again…