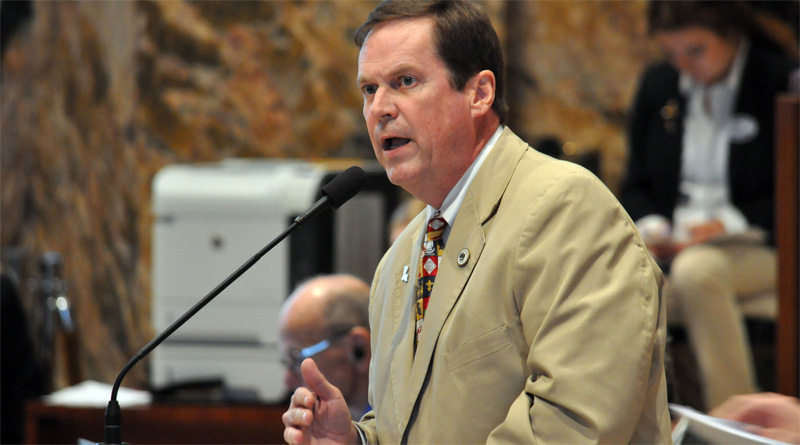 After hours of, at times, emotional debate, the Louisiana House voted Monday in favor of a bill aimed at protecting Confederate monuments across the state.

The bill, sponsored by Rep. Thomas Carmody, R-Shreveport, advanced with a vote of 65-31. The entire Legislative Black Caucus voted against the measure.

Carmody’s bill bars local governments and municipalities from removing plaques and statues to military figures and events. The monuments could only be torn down following a vote of the public.

“My bill in its current posture is a perfect exercise of democracy. It allows for the people to have their input in the decision to remove military monuments from the public spaces in which they live,” Carmody argued on the House floor.

Just recently, New Orleans tore down the first two of four Confederate monuments after a vote by the City Council.

Several Democrats – especially members of the black caucus – spoke out against the Carmody’s bill, calling it “offensive.”

.@RepKJackson, during Confederate monument debate, asks if Germany currently has any monuments to Hitler #lalege @WAFB

“In my city, the City of New Orleans, should we have a statue or memorial for someone who fought for my enslavement? Who fought for my disenfranchisement?” asked Rep. Gary Carter, D-New Orleans. “That’s what you’re saying, that those people ought to be honored and recognized?”

After the vote, all African American members walked off the House floor in protest.

The black caucus later released a statement, describing the vote a “disgrace” for Louisiana and saying it “exposed a deep-rooted belief in White supremacy and racial divisiveness.”