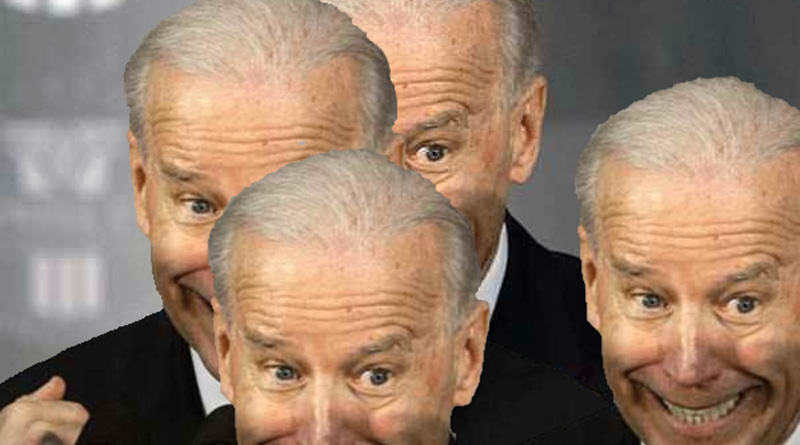 Democratic hopeful Joe Biden promises Iowa voters that if he’s elected there will be a flood of immigrants into the U.S.

In a speech to the Asian and Latino Coalition PAC, Biden promised to increase the level of legal immigration to the country beyond the roughly 1.2 million legal immigrants that are admitted every year, booming the foreign-born population to an unprecedented 45 million — a 108-year record high.

Specifically, Biden said the U.S. can “in a heartbeat” import another two million immigrants today.

We could afford to take in a heartbeat another two million people. The idea that a country of 330 million people is cannot absorb people who are in desperate need … is absolutely bizarre … I would also move to increase the total number of immigrants able to come to the United States. [Emphasis added]
Biden doesn’t mention who will pay for this flood of immigration. What about jobs? Jobs! Not mobs!

In addition to an increase in legal immigration levels, Biden said his national immigration plan would ensure that all 11 to 22 million illegal aliens living across the U.S. receive amnesty and a pathway to American citizenship.

Likewise, Biden said it is “immigration” that has “built this country,” reiterating the claim that the U.S. is a “nation of immigrants,” calling it “a fact.”

Biden’s comments come after the latest Harvard/Harris Poll finds that swing voters by a majority, as well as nearly every other demographic group, say they are less likely to support a 2020 presidential candidate who wants more illegal and legal immigration to the U.S.

Currently, the nation’s Washington, DC-imposed mass legal and illegal immigration policy — whereby at least 1.5 million unskilled foreign nationals are admitted to the U.S. every year — is a boon to corporate executives, Wall Street, big business, and multinational corporations, as America’s working and middle class have their wealth redistributed to the country’s top earners through wage stagnation.

Research by the National Academies of Sciences, Engineering, and Medicine has discovered that immigration to the country shifts about $500 billion in wages away from working and middle-class Americans toward new arrivals and economic elites. Similarly, research by Steven Camarotta has found that every one percent increase in the immigrant composition of an occupation’s labor force reduces Americans’ hourly wages by 0.4 percent. Every one percent increase in the immigrant workforce reduces Americans’ overall wages by 0.8 percent.

In the last decade alone, the U.S. has admitted ten million legal immigrants, forcing American workers to compete against a growing population of low-wage foreign workers. Meanwhile, if legal immigration continues, there will be 69 million foreign-born residents living in the U.S. by 2060 and a total population of more than 404 million residents.”

Source: John Binder is a reporter for Breitbart News