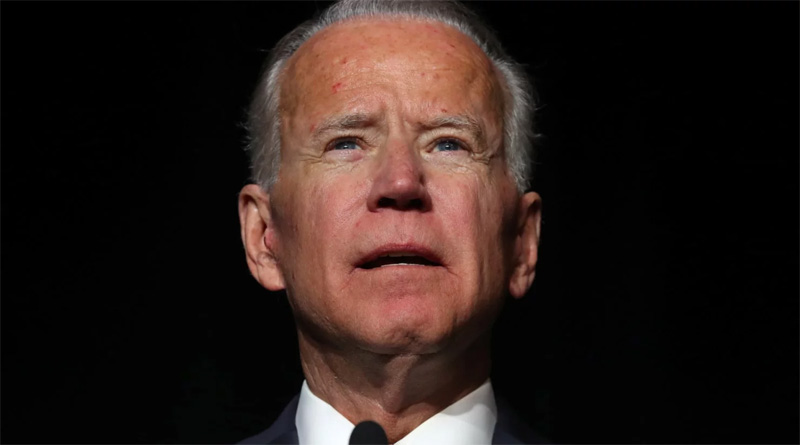 “A really notable woman, Anita Hill, professor, showed the courage of a lifetime talking about her experience being harassed by Clarence Thomas,” Biden said at the New York City banquet. “We knew a lot less about the extent of harassment back then, over 30 years ago. But she paid a terrible price. She was abused through the hearing. She was taken advantage of. Her reputation was attacked.”

“I wish I could have done something,” he continued. “I opposed Clarence Thomas nomination. I voted against him. But I also realized there was a real and perceived problem the committee faced.”

“They were a bunch of white guys,” he said. “No, I mean it sincerely, a bunch of white guys hearing this testimony in the Senate Judiciary Committee. So when Anita Hill, when Anita Hill came to testify, she faced a committee that didn’t fully understand what the hell is all about. To this day I regret I couldn’t come up with a way to get a kind of hearing she deserved, given the courage she showed by reaching out to us. The hearing she deserved was a hearing where she was respected, where the tone and the questioning was not hostile and as sullied, where the fact that she stepped forward was recognized as an act of courage in and of itself. Because let’s face it, back in 1991 it took a lot of courage to take on a man who was so much a part of the establishment and the power structure.”

Biden traced the episode back to English common law in the 1300s, which he said enabled spousal abuse.

“You all know what the phrase rule of thumb means? Where it’s derived from?” Biden asked. “In English common law, not codification or common law, back in the late 1300s, so many women were dying at the hands of her husbands because they were chattel, just like the cattle or the sheep, that the Court of Common Law decided they had to do something about the extent of the deaths. So, you know what they said? No man has a right to chastise his woman with a rod thicker than the circumference of his thumb. This is English jurisprudential culture, a white man’s culture. That’s got to change it’s got to change.”