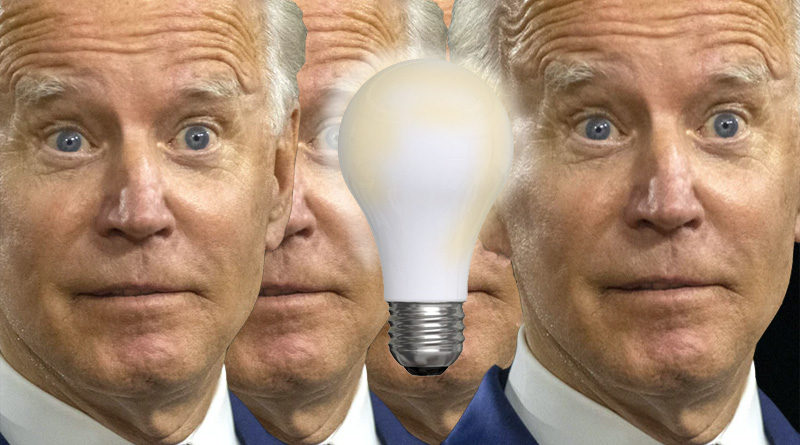 Former Vice President Joe Biden lamented the fact that American schools teach that a white man invented the light bulb during a meeting Thursday with residents of Kenosha, Wisconsin.

“Why in God’s name don’t we teach history in history classes?” Biden said during the event at Grace Lutheran Church. “A black man invented the light bulb. not a white guy named Edison. Okay? There’s so much. Did anybody know?”

The Democratic presidential nominee is wrong about this facet of history. While historians argue over whether Thomas Edison can claim sole credit for creating the incandescent light bulb, his invention took shape in 1879, he patented it in 1880 — before Lewis Latimer, a black man, came up with an improvement on the design.

Latimer, an accomplished scholar and inventor, designed a carbon light bulb filament in 1881 and patented it in 1882. According to History.com, his iterative contribution to the technology greatly improved each bulb’s durability:

Latimer, the son of runaway slaves, began work in a patent law firm after serving in the military for the Union during the Civil War. He was recognized for his talent drafting patents and was promoted to head draftsman, where he co-invented an improved bathroom for railroad trains.

His successes would garner him further attention from the the U.S. Electric Lighting Company, putting him at a company in direct competition with Edison, in 1880. While there, Latimer patented a new filament for the light bulb, using carbon instead of more incendiary materials, like bamboo, that were commonly used for filaments. The addition of the carbon filament increased the life span and practicality of light bulbs, which had previously died after just a few days. In 1884, he went on to work with Edison at the Edison Electric Light Company.

According to fact-checking site LeadStories.com, this false meme became popular thanks to an article from “LibertyWritersAfrica.com,” a race-obsessed blog which has seen many more of its headlines disputed, such as:

Biden did not indicate what sources had convinced him of this claim.