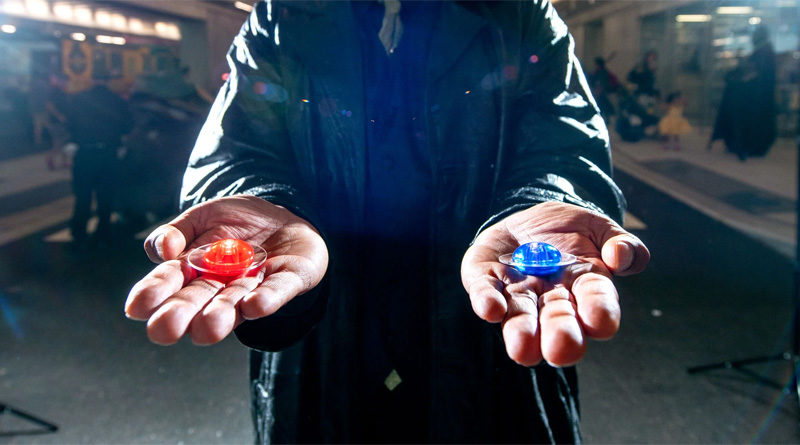 The National Day Calendar (NDC) is your go-to source if you want to know when National Tattoo Day is celebrated or when we observe National Baked Bean Month. According to the NDC, July is host to fifteen, month-long celebrations. The honorees include four of our favorite things: ice cream, hot dogs, culinary arts, and grilling–the undisputed king of the culinary arts.

But wait, there’s more! Not only the month of July but also each day of the month celebrates some damn thing(s) or another. The half dozen things that had finally gotten their days on the day this was written included National Thread the Needle Day and National Merry-Go-Round Day or “The Great Wheel of Samsara,” as the Buddhists like to call it.

In all, NDC recognizes roughly 1,500 days of our lives each year. Some are wonky, National Pharmacy Technician Day (Oct. 20); others are too trendy by half, Transgender Day of Remembrance (Nov. 20); and at least one, National Hug a Newsperson Day (April 4), ought to come with a Surgeon General’s warning.

Sadly, we could not find any righteous persons, places, things, or ideas among the estrogen-rash-inducing, Hallmark-buggering NDC celebrations. Don’t go looking there for a May I Stop Apologizing Now Day or a National Don’t Mess with Covington Students Day, let alone a National White People’s Month.

In a public-spirited fever (ask not what our country can write about us, but what we can write about our country), we suggest creating a new holiday, National Ain’t Woke, Do Not Disturb Day. We further suggest celebrating that day on August 4, the birthday of America’s first bi-racial, woker-than-shit president.

We first learned that white folk can’t be woke while watching MTV’s “White Guy Resolution 2017.” One of YouTube’s least popular videos ever, it was pulled 48 hours after its pre-Christmas debut 3.5 years ago. This cinematic turd received 89 “thumbs up” votes on The ‘Tube and 11,922 “thumbs down.” Even a herd of progressives with their heads up their asses can read those numbers.

To repeat, if you didn’t have your head up your ass, you did see this one coming. White men, a group that doesn’t usually mean anyone but Maxine Waters harm, saw it coming.

People have a perverse tendency to live down to the stereotypes in which they are cast. Tell people that they belong in the basket of deplorables, and they hand you a deplorable president, by your accounts. Tell white men that they ain’t shit, and you see what happened to MTV. Our progressive friends would do well to remember this ancient Iranian proverb, “Before you cast the first kick, be sure that your own gonads are protected.”