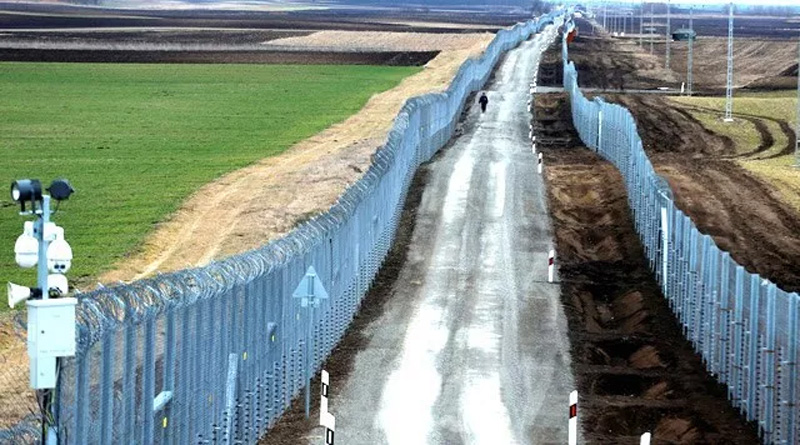 Skeptics who believe a border wall will not stop illegals from entering the United States may want to look at what’s happening in Hungary.

On the day its border fence was completed, the influx of illegals entering Hungary went down from 6,353 per day to 870 the next. For the remainder of that month, illegal border crossings were steadily below 40 per day, officials said.

“They don’t even try,” a local border guard told The Daily Caller News Foundation. “We haven’t had a single Muslim migrant in six months.”

Prime Minister Viktor Orban’s pledge to stop illegals from flowing into the country appears to be a spectacular success.

Along its 109-mile border with Serbia, Hungary has built a 13-foot-high fence featuring concertina wire (barbed wire in circles). It took six months to build (July-December of 2015) and cost $106 million. It was built by contractors and 900 Hungarian soldiers.

The fence consists of three rows of razor wire with a sturdier 11.5-foot-tall barrier inside.

By contrast, the Trump Administration is hoping to build a 1500-mile fence along the Mexican border and planning to spend upwards of $15 billion on the construction, ten times as much.

And the Hungarian fence works! Before the barrier was built, in September of 2015, 138,396 migrants entered Hungary over the Serbian border. Within the first two weeks of November, the average daily flow had dropped to only 15 people.

Nearly every police officer in Hungary is part of a rotation to monitor the border fence at all times.

Temporary military bases house the police while they do their rotation.

Additionally, Hungary will train and pay more than 1,000 volunteers to deploy as “border hunters”.

Illegals who are caught are arrested and dropped off on the Serbian side of the fence. They don’t get a chance to apply for asylum unless they do so at a “transit zone” where they are held in housing containers while their cases get processed, the report said.

The European Union, having failed to stop illegal entrants from coming in from Asia and Africa, has criticized and even sanctioned Hungary for its fence, citing the requirement of open borders within the EU. But Hungary rightly contends that if the EU cannot police its borders effectively, Hungary must take up the slack.

In September 2016, thousands of migrants streamed across the border every day as they made their way north to Austria, Germany and Scandinavia.

“It was an invasion,” Laszlo Toroczkai, the mayor of Asotthalom, told the Daily Caller. “Illegal immigration is a crime in a normal country. It’s not a normal thing to break into a country.”

“By mid-year it was well beyond 100,000 people who came across,” said Zoltan Kovacs, a spokesman for the Hungarian government. “You should at least have the ability to handle what’s going on.”

A country of only 9 million people, Hungarian Premier Vicktor Orbán (disclosure: a former client) notes that Hungary has a very limited capacity to absorb foreign immigrants without seeing its native ethnic population overwhelmed, ergo the fence.

Kovacs added: “You might not like it, it’s not a nice thing, but … the only way to stop illegal border crossings is [to] first build a fence, man it, equip it, and also, in parallel, build up your capabilities in terms of legal confines, legal circumstances to be able to handle what is coming.”

It’s no surprise the mainstream U.S. media refuses to report this story to the American public. Can you imagine how support for a Southern border wall would spike?