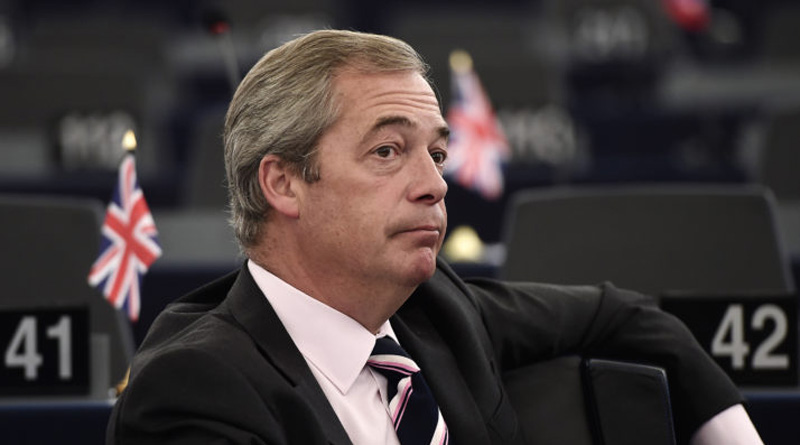 “I have to say, I woke up to this news this morning very, very surprised. And I think a lot of Trump voters will be scratching their heads hard and asking, ‘where does this go from here?’” said Mr. Farage Friday morning, speaking on the LBC radio network.

The MEP told presenter Nick Ferrari: “I’m a Trump supporter and friend, and one of the things that I think helped him gain votes was the idea that we shouldn’t endlessly get involved militarily in the Middle East without fully thinking through the implications of what we’re doing.

“I think back to Libya a few years ago and, unarguably, we’ve made the world worse as a result of our intervention.”

Pointing out that his platform of non-interventionism was one of the president’s key selling points during the 2016 U.S. election campaign, Mr. Farage said the world “could have done with more certainty” over the situation in Syria before the U.S. launched airstrikes.

Other figures in the UK have taken to Twitter to express their dismay at the bombing, with current UKIP leader Paul Nuttall saying he “hoped for better” from President Trump.

The U.S. bombing of Syria last night was rash, trigger happy, nonsensical and will achieve nothing. I hoped for better.

And UKIP backer Arron Banks highlighted a tweet made by the U.S. president in 2013, which insisted America should “stay out” of Syria, and called the recent decision to launch airstrikes “stupid”.

“Who stole my President?” asked UK columnist and radio personality Katie Hopkins, who was one of the property tycoon’s first vocal supporters in the British media.

U.S. senators such as Lindsey Graham and John McCain, who have repeatedly criticised Trump’s populist platform, showered praise on the president for ordering the strike in retaliation for a chemical weapons attack allegedly ordered by Syrian leader Bashar al-Assad.

But former House of Representatives member and presidential candidate Ron Paul argued that there is “zero chance” the Syrian president was to blame for the chemical attack, pointing out that “it doesn’t make any sense for Assad under these conditions to all of a sudden use poison gases”.

2 thoughts on “Farage: ‘A Lot of Trump Voters Will Be Scratching Their Heads’ over Syria Airstrikes”