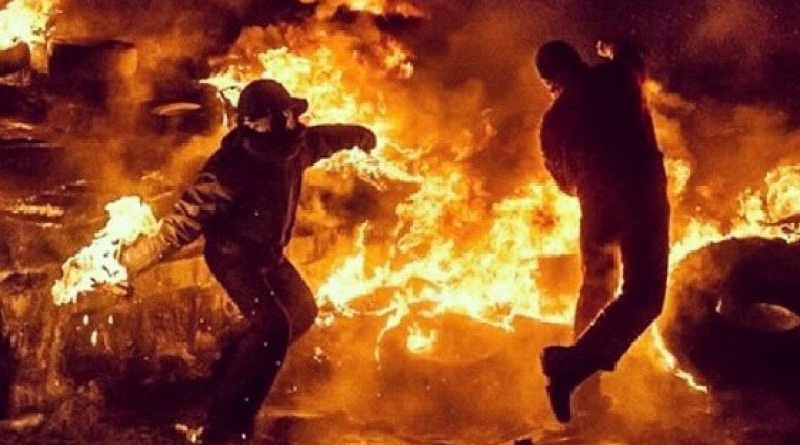 The alt-left extremist organisation Antifascist Action, or Antifa, has taken credit for the firebombing of a Turkish mosque in the German city of Kassel.

On the evening of March 25th, a group of several masked men armed with Molotov cocktails firebombed a mosque operated by the Turkish Islamic Cultural Centre. Through the far-left Indymedia website platform, members of “Antifa International” have taken credit for the attack, newspaper Hessische/Niedersächsische Allgemeine reports.

In a post on the far-left extremist website, the arsonists took credit for the attack saying that the building had been used by members of a group linked to the Great Unity Party of Turkey, a far-right nationalist party with links to the ultra-nationalist Grey Wolves.

The extremists tried to justify their actions writing that members of the mosque prayed for the success of “the Turkish army and their Islamist, fascist murder gangs”, during the recent Turkish military operations in Northern Syria.

“The action is part of the militant campaign in solidarity with the Kurdish canton of Afrin and the revolution in Rojava,” they said.

The group promised further attacks in Germany saying: “Whoever prays and incites for a war in which civilians are deliberately killed and expelled, we bring the war home in their community.”

The firebombing is just the latest in a series of attacks by extremists on mosques across Germany. Earlier this month, four Syrian asylum seekers were arrested after attacking another Turkish mosque in Ulm and the Turkish government has blamed the terrorist Kurdistan Workers’ Party (PKK) for a series of other attacks.

Antifa and the PKK are known to be allies in their fight against the Turkish government in Germany having marched alongside each other to protest the conflict in Afrin last month.

Turkish president Recep Tayyip Erdoğan has lashed out against the German government in the past, claiming that the country harbours sympathisers of the PKK which is designated a terror group by the USA, UK, and others