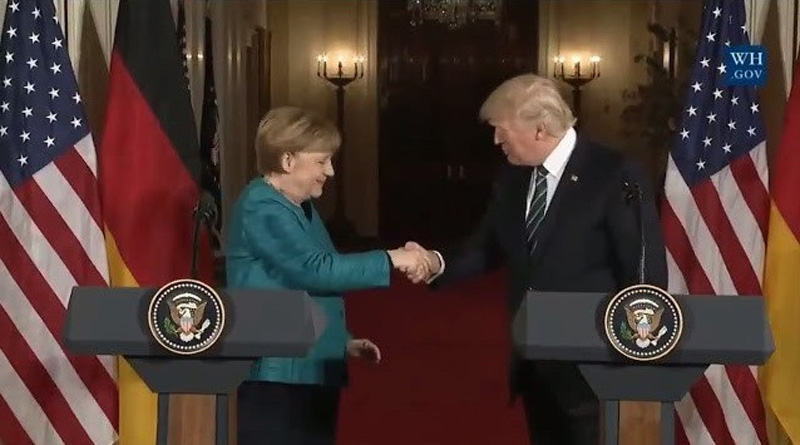 Why does the media lie? The reality is they hate President Trump.

If the media is wondering why they have lost credibility with the larger U.S. electorate they only need to look at the fake news outrage du jour surrounding President Trump and a visit from German Chancellor Angela Merkel.

Take a look at this tweet from the Saint Louis Dispatch surrounding an article pushing a story that President Trump refused to shake the hand of Chancellor Merkel:

Literally seconds before that image was captured the following picture was taken:

Why do you suppose the Saint Louis Post Dispatch would choose to ignore the handshake photograph that took place merely seconds before the image they posted in their tweet about President Trump refusing a handshake?

Sooner or later this constant media absurdity is going to have to end end, or the entire media apparatus is going to end up collapsing unto itself inside a concentrically shrinking circle of irrelevance.

Abject stupidity, that’s what this is.