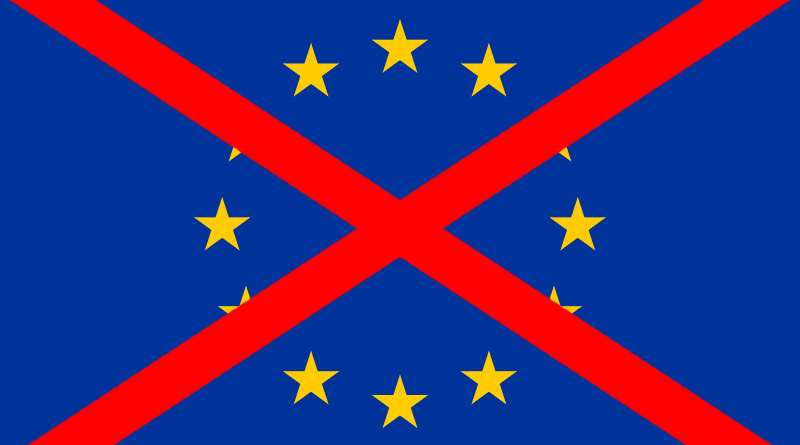 Elections to the European Parliament were held across the 28 nations of the European Union from May 23 – 26 of this year. The big losers were the “establishment” parties of the so-called “center.” Some far-left parties achieved modest successes, but the big winners were a number of parties described as populist, nationalist or even “far right.”

Even for the leftist international news media, it was impossible to ignore the anti-Globalist and powerful nationalist sentiments expressed by a great many European citizens in these recent elections.

Despite repeated betrayals by the various “political classes” that have misgoverned and misled many European nations for decades, it is clear that most Europeans wish to retain the cultural traditions of their homelands. They oppose surrendering their national sovereignty to the globalist ambitions of unelected bureaucrats in Brussels, and understandably wish to retain their national cultures, traditions and identity.

UNITED KINGDOM: The biggest news of the 2019 EU Parliamentary Elections was the victory of Nigel Farage and his Brexit party, which finished first and received 32% of the vote in Great Britain. Having only six weeks to campaign after forming his new party, Farage proved just how serious British voters are about leaving the European Union.

Farage’s victory had the added benefit of exposing the devious machinations of former Prime Minister Theresa May and her phony “conservative” party, which has intentionally slow-walked Britain’s exit from the EU. This clearly frustrated the many voters who are no more interested in being governed by unelected bureaucrats in Brussels, than they are in seeing their nation swamped by Third World immigration.

ITALY: Italian politics has been completely transformed since the last European elections. What was once a regional, separatist party called Northern League has reinvented itself as a nationwide anti-immigration party now called simply the League (Lega). For the past year, its leader Matteo Salvini has been Italy’s deputy prime minister and interior minister, putting hardline anti-immigration policies into practice.

Salvini is far and away, Europe’s most successful nationalist politician since the Second World War, and this was demonstrated once again in the recent EU Parliamentary Elections when Lega received 34% of the vote. Its junior partner, Italy’s Five Star party (17%) gives this coalition powerful majority support among Italians.

FRANCE: Marine Le Pen’s National Rally – the renamed National Front – was once again one of the big stories in this year’s EU Parliamentary Elections, and remains at the core of the largest nationalist alliance yet seen in the European Parliament. In 2019, they achieved 24% support nationwide and had the highest vote totals of any party in these elections.

AUSTRIA: The Austrian Freedom Party enjoys continued electoral success, achieving 17% in the 2019 EU election and entering into a coalition government in Vienna as junior partner to the conservative Austrian People’s Party, which finished first with 35%. Their coalition received a combined 52% in the recent European Parliamentary Elections.

HUNGARY: Prime Minister Victor Orban and his Fidesz party received a stunning 52% of the vote in the recent 2019 EU Parliamentary Elections. Fidesz is Hungary’s ruling party, and nominally allied with the mainstream of European conservatism. In reality, however, Orban has more in common with populist anti-immigration politicians such as Italy’s Matteo Salvini and his new party, Lega.

Given the crisis of leadership among center-right European parties, Orban will play a significant role in the realignment of European politics.

POLAND: Poland’s governing Law and Justice party — which is aligned in the EU Parliament with British and Latvian conservatives – received 46% of the vote in the 2019 EU Election. Despite its parliamentary alliance with British Conservatives, Law and Justice is seen as part of the “populist” challenge to Cultural Marxism in Europe, and is strongly anti-immigration.