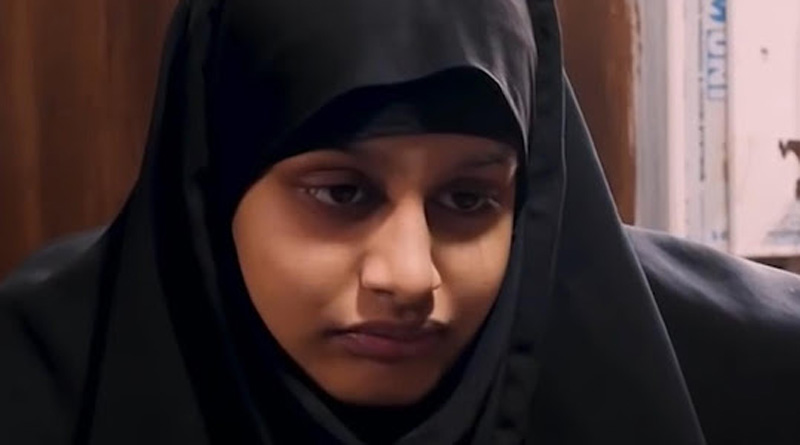 An expatriate American named Hoda Muthana — who was captured by Kurdish forces after fleeing the last pocket of ISIS resistance in Syria — now claims she “deeply regrets” travelling to Syria to join the terrorist group, and is pleading to be allowed to return to her family in Alabama.

At one time, she was an extremely outspoken proponent for ISIS in social media, and repeatedly urged terrorism and violence against Americans in her Twitter rants. She now concedes having made a “big mistake” in leaving the U.S. four years ago, and claims to have been brainwashed into doing so.

Speaking from the al-Hawl refugee camp in northern Syria, Muthana alleges she misunderstood Islam and that she and her equally bloodthirsty friends believed they were merely following the tenets of Islam. They routinely called for Jihad against U.S. civilians, and defended and promoted the terrorist group on-line.

Throughout 2015, her Twitter feed called for Jihad with alarming and nightmarish incitements to violence. She alleges she remained a fanatic until 2016, but claims her Twitter account was taken over by others that year. Here’s one example of her Tweets:

“Americans wake up! Men and women altogether. You have much to do while you live under our greatest enemy, enough of your sleeping! Go on drive-bys, and spill all of their blood, or rent a big truck and drive all over them. Veterans, Patriots, Memorial, etc day … Kill them.”

President Trump has called for Western Nations to repatriate Westerners like Muthana. This would be an egregious mistake, because this country has enough traitors already, merely judging by the House of Representatives as an indication.

It is one thing to give a second chance to teens who engage in some sort of thoughtless and irresponsible behavior, such as a drunk-driving offense or misdemeanor drug possession. It is an entirely different matter to excuse giving aid and comfort to a violent and terrorist enemy – with whom we are at war – while calling for terrorist acts to be waged against innocent American civilians.

Muthana has stated that America gives people second chances, and that is often true. However, there are certain crimes and evil deeds that are simply unforgiveable, and Muthana has engaged in exactly those kinds of misdeeds. Perhaps she will put more thought into the remainder of her life…

2 thoughts on “Epitaph For A Generation”