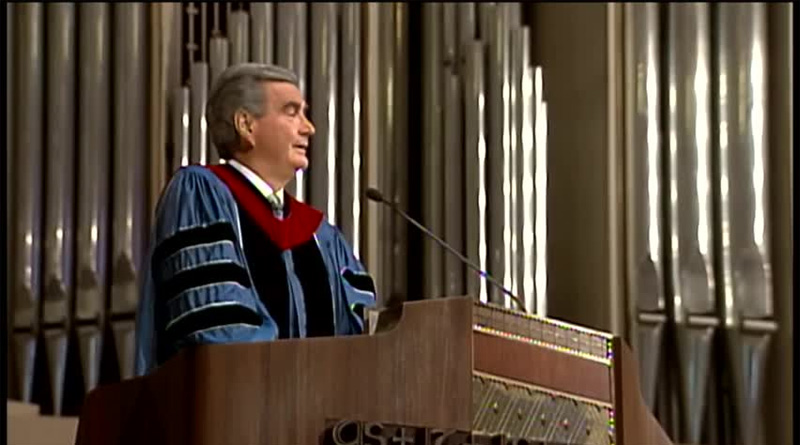 On Tuesday, D. James Kennedy Ministries (DJKM) filed a lawsuit against the Southern Poverty Law Center (SPLC), the charity navigation organization GuideStar, and Amazon for defamation, religious discrimination, and trafficking in falsehood. The SPLC listed DJKM as a “hate group,” while GuideStar also categorized it in those terms, and Amazon kept the ministry off of its charity donation program, Amazon Smile.

“We embarked today on a journey to right a terrible wrong,” Dr. Frank Wright, president and CEO at DJKM, said in a statement Tuesday. “Those who knowingly label Christian ministries as ‘hate’ groups, solely for subscribing to the historic Christian faith, are either woefully uninformed or willfully deceitful. In the case of the Southern Poverty Law Center, our lawsuit alleges the latter.”

The SPLC has labeled DJKM an “anti-LGBT hate group” for its opposition to same-sex marriage and transgenderism. “These false and illegal characterizations have a chilling effect on the free exercise of religion and on religious free speech for all people of faith,” Wright declared.

“After having given the SPLC an opportunity to retract, we have undertaken this legal action, seeking a trial by a jury of our peers, to preserve our own rights under the law and to defend the religious free speech rights of all Americans,” the DJKM president concluded.

The lawsuit laid out charges against the SPLC, GuideStar, and Amazon. “SPLC acted knowingly, intentionally, and with actual malice in publishing the Hate Map that included the Ministry and in publishing the SPLC Transmissions to GuideStar that included the ministry,” the suit alleged. “SPLC’s conduct in making these publications was beyond the reckless disregard for the truth standard required by Alabama law for punitive damages.”

The suit claimed that “the Ministry suffered special damages in its exclusion from the AmazonSmile program as a result of SPLC’s publication of the Hate Map and the SPLC Transmissions.”

Specifically, DJKM brought the suit under the Civil Rights Act of 1964 for religious discrimination, under the Lanham Act for trafficking in false or misleading descriptions of the services offered under the ministry’s trademarked name, and for defamation under Alabama common law arising from “the publication and distribution of information that libels the Ministry’s reputation and subjects the Ministry to disgrace, ridicule, odium, and contempt in the estimation of the public.”

The lawsuit explained why the “hate” labeling was so malicious. DJKM’s vision statement runs as follows: “The corporation seeks to communicate the Gospel of Jesus Christ, the supremacy of His Lordship, and a biblically informed view of the world, using all available media, so that Jesus Christ would be known throughout all of the Earth and that everywhere He might be trusted, loved, and served.”

“Nowhere in the purpose or action of the Ministry is there HATE or any room for HATE,” the lawsuit explained. Even so, it was denied participation in the AmazonSmile program on the grounds of SPLC’s libel.

In early January of this year, a DJKM employee attempted to register the ministry with AmazonSmile, but was denied after multiple attempts. The program made clear, “We rely on the Southern Poverty Law Center to determine which charities are in ineligible categories,” and explained that DJKM was listed as ineligible.

AmazonSmile support also noted that they “rely on GuideStar to send us information from the IRS,” and that GuideStar’s automated feed included the “hate” designation from the SPLC.

AmazonSmile’s eligibility requirements exclude organizations that “engage in, support, encourage, or promote intolerance, hate, terrorism, violence, money laundering, or other illegal activities,” none of which DJKM engages in, the lawsuit argued.

But the lawsuit quoted Supreme Court Justice Anthony Kennedy, who in the 2015 case which legalized same-sex marriage wrote, “Many who deem same-sex marriage to be wrong reach that conclusion based on decent and honorable religious or philosophical premises, and neither they nor their beliefs are disparaged here.”

“Therefore, as a matter of law, religious based opposition to same-sex marriage and the homosexual agenda is not hate speech, but rather is a position that the U.S. Supreme Court has labeled ‘decent and honorable,'” the suit explained.

This is far from the first time the SPLC has targeted a Christian organization for its religious beliefs. The “hate” list features Christian organizations like the Family Research Council (FRC), Liberty Counsel, the American Family Association (AFA), and Alliance Defending Freedom (ADF), along with other groups like the American College of Pediatricians and the Center for Immigration Studies.

In June, GuideStar adopted the SPLC “hate group” list on its website, marking each profile of the targeted organizations as a “hate group.” Although GuideStar took down the markings, Liberty Counsel sued the organization for defamation later that month.

Despite the blatant falsehood of marking Christian organizations “hate groups” because of their biblical beliefs on homosexuality, mainstream media outlets and other organizations have also adopted the SPLC list. ABC and NBC categorized ADF as a “hate group” last month, Apple announced a hefty donation to the SPLC last week, and CNN published the group’s “hate map”(see above) online.

None of these groups acknowledged the SPLC’s terror-linked history.

In 2012, Floyd Lee Corkins III attacked the FRC, aiming to kill every person in the building. He later pled guilty to committing an act of terrorism and was sentenced to 25 years in prison. In an FBI interrogation, Corkins said he targeted the Christian group because it was listed as an “anti-gay group” on the SPLC website.

But the SPLC didn’t just attack one victim of terrorism. The organization’s “hate” tracker also picked up on Rep. Steve Scalise (R-La.), who once gave a speech to a group related to the KKK. Scalise later apologized and was attacked as a “sellout” by former KKK leader David Duke. The SPLC attacked Scalise in July 2016, failing to mention his apology or Duke’s attack against him.

James Hodgkinson, the Bernie Sanders supporter who targeted Republicans at a Congressional Baseball Game practice this summer, “liked” the SPLC on Facebook. The shooter may not have consciously aimed for Scalise because of the SPLC list, but the connection is notable.

In a statement on the DJKM lawsuit, FRC’s executive vice president, Lt. Gen. (Ret.) Jerry Boykin, declared, “I applaud D. James Kennedy Ministries for its efforts to expose the truth about the Southern Poverty Law Center, a discredited organization that has become so controversial that even the Obama Justice Department backed away from the group.”

“For any reputable organization to use the Southern Poverty Law Center’s hate list, is reckless, irresponsible and uniformed,” Boykin added. “This is an organization that has been linked in federal court to domestic terrorism, committed against the Family Research Council, by Floyd Corkins, with information he obtained from SPLC’s so-called ‘hate map.'” Boykin also noted that the SPLC continues to attack Scalise, even after the attack.

The FRC director called the SPLC “an attack dog of the Left,” adding that “they are not a neutral arbiter that is calling balls and strikes. They are on the field playing, pushing an agenda, and anyone who opposes them is slandered and slapped with a hate label.”

“It is important to remember that the SPLC is the same group that identified Dr. Ben Carson as a hatemonger because of his Christian values,” Boykin noted, adding that the group only removed the label after a public backlash. “This is wrong. It’s not the American way. The SPLC is inciting hatred against Christians, which has already led to violence. It needs to stop.”

In July, DJKM released a video entitled “Profits of Hate,” a program that was broadcast on various stations that month and will be broadcast again in September.

“What are some issues that need to be addressed that represent significant existential threats to religious freedom and to Christian ministries like ours that try to proclaim the Gospel faithfully?” DJKM President Wright wondered in an interview with The Christian Post last month. “The Southern Poverty Law Center was at the top of our list.”

The SPLC’s “attempt to redefine historic Christian teaching as hate speech is so insidious and had the potential for having such a damaging effect on the cause of Christ that we put it at the top of our list,” Wright said.

While DJKM is a Christian ministry, the implications of the SPLC smear campaign go far beyond the issue of religious freedom. If the SPLC will smear with “hate” labeling any conservative organization, and if GuideStar and AmazonSmile will blindly follow their lead, free speech will become a dead letter.

Christian Non-Profit Branded as “Hate Group” Explains Why Americans Are Losing Trust in the Media
Share This Post: