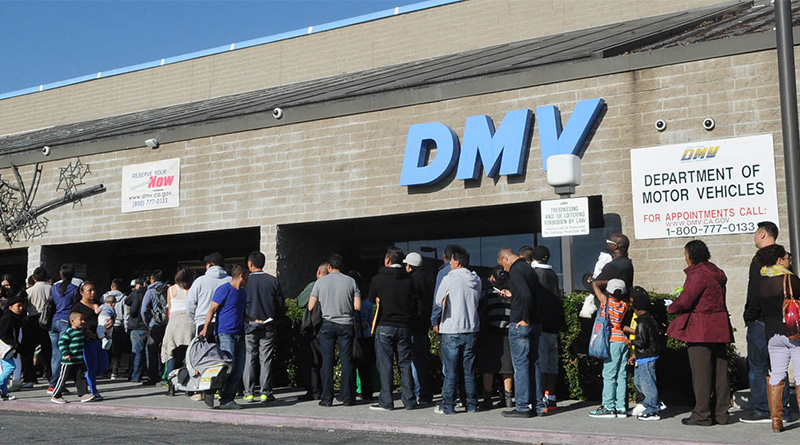 On the day that California officials implemented a controversial law that allows undocumented residents to obtain driver’s licenses, DMV offices throughout the state were packed with immigrants looking to take advantage of the opportunity.

Two years after the implementation of AB 60 on Jan. 1, 2015, an estimated 806,000 undocumented residents have received driver’s licenses, according to Department of Motor Vehicles statistics this month. About 14,000 of these licenses were issued in November alone, the DMV said.
The law has allowed undocumented residents to come out of the shadows and drive safely in their neighborhoods, according to Maricela Gutierrez, executive director of the immigration advocacy organization, SIREN.

“Many of them have been able to drive their kids to school and to run errands, when many times they were taking buses that would take them up to three hours to get from point A to point B,” she said. “It opened up new opportunities.”

One San Jose resident who applied for a license just a few days after AB 60 went into effect received his license in the mail shortly after.

“It’s a completely different feeling because you no longer have to worry about seeing a police car,” said the 46-year-old, who asked to be identified only by his first name, Ramon. “You’re much more at peace when you drive. You can drive long distances with your family — to Disneyland or to the Monterey Bay Aquarium — with confidence. You don’t live in fear.”

But as President-elect Donald Trump, who vowed an illegal immigration crackdown as a candidate, prepares to take office, the law is coming under renewed scrutiny.

Many of those who received driver’s licenses under the law now fear they’ll become deportation targets if federal immigration authorities can access their DMV information, despite assurances from state officials that it won’t happen.

“We have definitely been hearing about a lot of fear from our community, especially with a new administration coming on board and the anti-immigrant rhetoric that’s been out there,” said Gutierrez. “Everything is theoretical as we speak, but we are definitely taking precautions.”

The organization hosts workshops to inform immigrants of their rights and has advised AB 60 recipients to be cautious on the road.

The law aimed to ease deportation fears that proved a barrier for undocumented residents to be tested and licensed to drive, a potential safety concern in a state that is home to an estimated 3 million illegal immigrants. Access to a license also makes it easier for those residents to find work and put their kids in public school.

Critics also point to another state “motor-voter” law, AB 1461, that starting in 2017 will automatically register most licensed California drivers to vote, arguing it could lead to election fraud if non-citizens barred from voting in federal elections become registered. State officials said there are safeguards in the system to prevent undocumented licensees from being registered to vote.

The DMV said law enforcement agencies, including U.S. Immigration and Customs Enforcement, can obtain driver’s license information — such as name, gender/description, address, date of birth and driver license number — through certain data-sharing systems. But the information doesn’t indicate their immigration status or whether they received licenses under AB60.