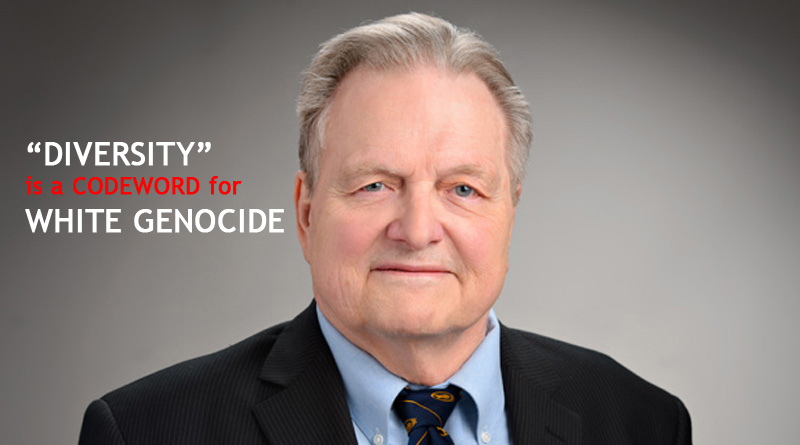 It’s with a heavy heart that I report to you that Bob Whitaker passed away in his sleep on Saturday afternoon.

I first met Bob way back in 2004 and we became fast friends. I fondly remember Bob coming to Charleston that same year and joining me and two associates in attendance at the burial of the crew of the H.L. Hunley. He was a guest on The Political Cesspool many times over the years.

Robert W. Whitaker was born in 1941 and reared in South Carolina. He attended the University of South Carolina and the University of Virginia Graduate School. He has been a college professor, international aviation negotiator, Capitol Hill senior staffer, Reagan Administration appointee, and writer for the Voice of America. He has written numerous articles and three books in his own name. Bob resides now in Columbia, South Carolina.

Bob entered the University of South Carolina at age sixteen and was a Political Science instructor at the age of nineteen. He then received a scholarship to study for a PhD in economics at the University of Virginia.

Bob returned to America in 1972 to become an aircraft negotiator. During the next few years he set up press conferences and marches of thousands of people in populist protests against busing. He arranged a joint march of thousands of working people from South Boston and Louisville and West Virginia coal miners protesting objectionable textbooks. For the first time, these people marched against their joint enemy.

Bob worked with William Rusher, publisher of National Review, in turning the so-called Wallace Democrats into Reagan Democrats. This was a move that respectable conservatives opposed vigorously. Bob’s 1976 book, “A Plague on Both Your Houses,” attacking both the liberal establishment and the watered-down Republican opposition, was a milestone in this campaign.

Despite their strong objections to Bob’s political opinions, Publisher’s Weekly and Kirkus gave the book excellent reviews and the Library Journal recommended it for purchase.

Bob worked on Capitol Hill from 1977 to 1982. During that period, two of his most personally gratifying accomplishments enjoyed today by all of us were saving the Hubble Telescopes and preventing the Internal Revenue Service from imposing racial quotas on private schools.

Despite his criticism of Ronald Reagan in “A Plague on Both Your Houses,” Bob was a Reagan appointee in charge of all civilian security clearances and federal staffing.

In 1982 Bob conceived and produced an anthology for St. Martin’s Press, “The New Right Papers.” It explained the strategy which led to Reagan’s 1980 victory by the people, including Bob himself, who made it a reality while conservatives dithered.

Bob left official Federal service in 1985 after a very short time with the Voice of America as a writer. Since then, among other places, he has been in Central America and Russia.

Bob officially retired in the 1990s. From that point he writes, in his own words, “What I damn well please.”

The Netherlands and Belgium are more crowded than Japan or Taiwan, but nobody says Japan or Taiwan will solve this RACE problem by bringing in millions of third worlders and “assimilating” with them.

Everybody says the final solution to this RACE problem is for EVERY white country and ONLY white countries to “assimilate,” i.e., intermarry, with all those non-whites.

How long would it take anyone to realize I’m not talking about a RACE problem? I am talking about the final solution to the BLACK problem.

And how long would it take any sane black man to notice this and what kind of psycho black man wouldn’t object to this?

But if I tell that obvious truth about the ongoing program of genocide against my race, the white race, liberals and respectable conservatives agree that I am a naziwhowantstokillsixmillionjews.

They say they are anti-racist. What they are is anti-white.

Anti-racist is a code word for anti-white.

Bob was a big fan of The Political Cesspool and wrote the following endorsement of our program shortly after we first took to the airwaves. It is still featured on our mission page.

I was one of the first guests on The Political Cesspool, and we ran a highly successful program.

The founder of program, whom I met, is James Edwards. James is a bundle of energy and dedication who is deeply concerned about the genocide against European Americans and says so. He is also wiser than many of the older members of our movement.

His wisdom lies in the fact that he has been able to stay on the air. I was a radio announcer myself, briefly, and have held an amateur radio license for fifty years or so. James is also shooting for a sizable audience, including minorities and he knows how to keep that, too.

Many older pro-whites insist that we live in a authoritarian society, but they don’t know how to handle it. James does. He sticks with legitimate complaints that gentiles have and our fear of the genocide of immigration and intermarriage that respectable conservatives all advocate. He does not need people trying to get him off on denouncing Jews or blacks or anybody else.

The Political Cesspool is one of the first major steps toward making our perfectly legitimate and generally felt concerns, the ones that are presently denounced as heresy, racism, and hate, the mainstream. That is what the program needs help with.

My 1976 book, “A Plague On Both Your Houses,” was praised by the Publisher’s Weekly and even recommended for purchase by the Library Journal, though all of them hated my politics and said so. I specifically voiced my concern in that book about the disappearance of the white race, but I did it right.

My book was a description of populism as I saw it. That is the way it was described by National Review, the Conservative Digest and many other publications.

It turns out that The Political Cesspool describes itself as “The South’s Foremost Populist Radio Program.”

My book was published before James Edwards was born, but this is not a coincidence. James has seen what I saw, the simple fact that our concerns ARE mainline American concerns. They represent populism in an authoritarian society.

Bob Whitaker was a warrior for our people and he will be missed.

Rest in peace, brother. We’ll take it from here.”

2 thoughts on “Bob Whitaker Has Passed Away”