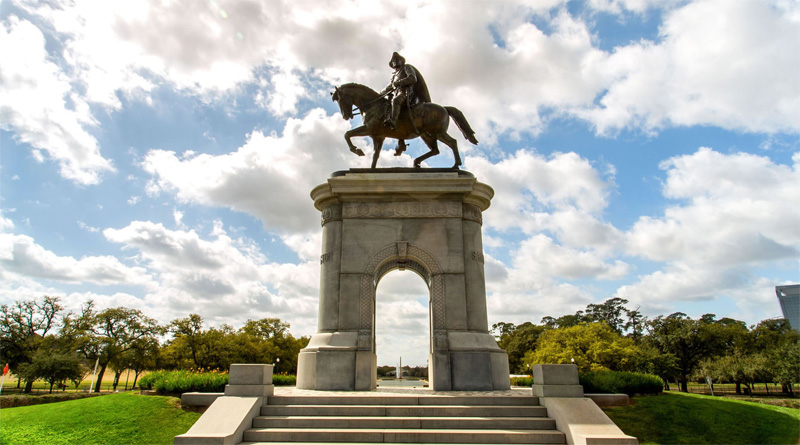 Armed protesters carrying Confederate flags, American flags, Don’t Tread on Me flags, and Vanguard America flatgs rallied around the Sam Houston statue in Texas on Saturday to demonstrate against what they perceived as efforts to remove the monument, The Associated Press reported Sunday.

The demonstrators reportedly feared the statue of Sam Houston, located in a park in Houston, Texas since 1925, would be taken down because the Texas politician owned slaves.

There have not been organized efforts to remove this statue, but protestors expressed concern that local activists are calling for the statue to be removed.

Sam Houston is viewed a Texas hero after he refused to swear allegiance to the Confederacy when the state seceded from the Union in 1861. He also served as the president of the Republic of Texas.

The armed protest comes at a time when other cities like New Orleans are facing fierce opposition about the controversial decision to remove of Confederate monuments.

New Orleans Mayor Mitch Landrieu (D) has been leading the efforts to remove the Confederate memorials, already removing three out of the planned four statues.

City officials say the Confederate statues do not “appropriately reflect the values of diversity and inclusion that make New Orleans strong today.”

The decision has been controversial, leading to protesters on both sides of the issue demonstrating at the city’s three demolitions so far.

“The city does want to remove these,” Pugh told the Baltimore Sun.

On the flip side, Alabama Gov. Kay Ivey (R) has made steps to counter and prevent the removal of such monuments, signing legislation that would pre-empt counties and cities from taking down Confederate statues on public land.