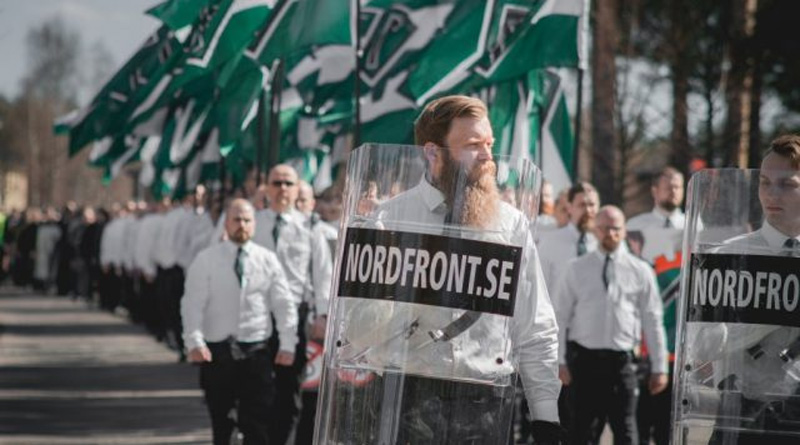 OPINION. In this article – originally written in the run-up to the Nordic Resistance Movement’s “Revolt against the Traitors” demonstration in Gothenburg on 30 September 2017 – Martin Saxlind addresses those who are sceptical towards demonstrations.

Some do not understand why demonstrations are relevant. Demonstrating can be perceived as old fashioned and ineffective – these days we should be reaching out with our message on the internet instead, some say.

Going out on the streets entails certain risks, and arranging a demonstration demands resources. It takes an enormous number of man hours to plan and market a demonstration, and it costs a lot of money to procure the proper equipment (flags, shields, communication devices, functional clothes etc.) as well as transporting people to and from the event.

Many of those who are skeptical towards demonstrations are intelligent types, and it doesn’t help to lecture them about the importance of courage and street fighting. The intellectuals just respond that “metapolitics” is the only meaningful form of political activism, and look down on more activist-minded people.

I myself think it can be a little intellectually shallow when people are content to say that demonstrations are important because they allow us to “stand up for our views” or “take the fight to the left-wing extremists”. When you argue on that level, you assume your opponent in the discussion understands what you mean and agrees that it is of importance, which isn’t always the case. Thus I would like to provide a little more depth to the argumentation and explain the fundamentals of why demonstrations are important.

The problem with those who think demonstrations are meaningless is that they have a theoretical outlook that doesn’t hold up under closer examination. If people really were completely rational beings, it would be sufficient to present convincing arguments and facts on the internet to win over all our countrymen to our cause, but clearly it isn’t that simple.

The truth is on our side, but people are not “rational individuals” who automatically seek the truth. Man is essentially a herd animal, and we Nords especially have a problem with excessive conformity when we are scared of being excluded from society.

Social experiments also prove that many people consciously lie to fit into a group, even when it comes to totally meaningless and uncontroversial matters. This is why the election-meddling media are so obsessed with opinion polls – because by reporting which politicians and parties are popular or unpopular, they exert a “groupthink” that influences the individual reader and how he will vote.

But figures are still abstract and “unnatural” and therefore do not have such a strong impact in and of themselves. This means the human mind does not visualise all the people who liked an anti-immigration post on Facebook, or the hundreds of thousands of people who voted for the Sweden Democrats. It’s different with demonstrations – they speak to us in another way. 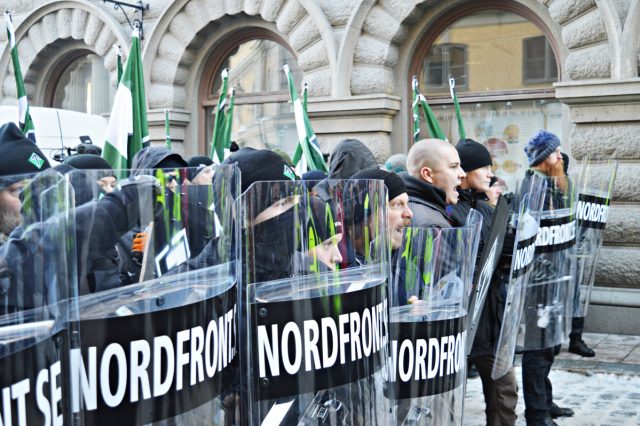 In precisely the same way that many people feel uneasy when they walk past an immigrant gang, our opponents feel discomfort when they see our demonstrations. This isn’t because they are scared of being subjected to violence, as journalists and left-wing extremists lie about in order to mobilise violent counter-demonstrators against us. The uneasiness is actually due to the fact that our views, our engagement and our conviction – conveyed via a powerful demonstration – are very tangible and difficult to suppress or dismiss. This shows that the psychological impact of demonstrations is much stronger than other forms of propaganda.

For the participants, a demonstration is also often an emotionally powerful experience that is difficult to attain via other forms of political activism. And emotions are necessary to keep fighting spirit and motivation high. A feeling of community and strength is needed as a counterbalance to all the defeatism our enemies attempt to infect us with.

Demonstrations are also an activity everyone can participate in, whereas not everyone can pursue more intellectual matters, as they either do not have time or lack the capacity for them. As such, demonstrations are a way to ensure the nationalist movement doesn’t become a closed intellectual club, but rather a true popular movement where all are welcome and can become active.

There is a difference between observing politics from a distance and sympathizing with others’ struggle on the one hand, and living politics and being a part of the struggle yourself on the other. A person who openly takes part in demonstrations forms a stronger bond with his views and will generally fight more fanatically for victory than a person who is not as open about his views.

Unfortunately the Left understand all this better than nationalists sitting on the internet. The extreme Left also act rationally and purposefully from this understanding when they decide to focus on harassing “organised fascists” and making them leave the movement. Not even the civic nationalist Folkets demonstration (The People’s Demonstration), which had a completely inane political message, was left in peace by the Left – because politically incorrect gatherings are a threat to the Cultural Marxist hegemony. 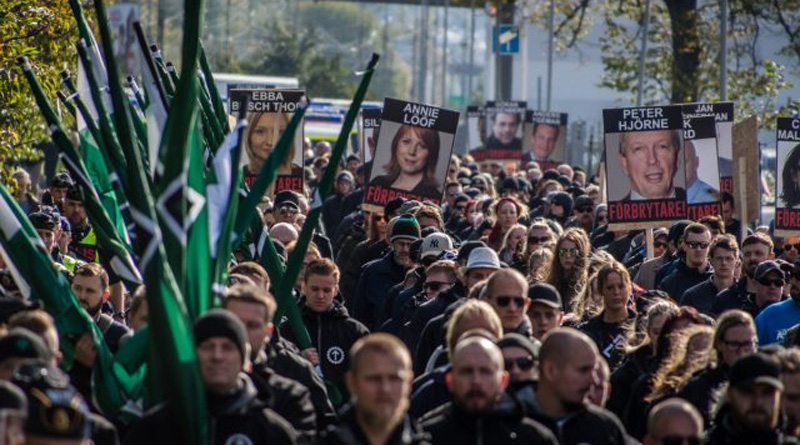 The “Revolt against the Traitors” demonstration in Gothenburg

By counter-demonstrating and creating chaos, the Left want to scare people away from participating in our demonstrations and give the public the impression that our views are controversial and problematic. With this in mind, some battles that can’t be won should perhaps be avoided. For example, Pegida and the Swedish Defence League previously held some embarrassing attempts at demonstrations and public meetings that were poorly attended and thus made them appear like oppressed victims of bullying, which is not a good image to have. But as long as you can get a respectable number of demonstrators on the streets and guarantee their safety, it doesn’t matter if the counter-demonstrators have higher numbers.

If an organisation is not publicly visible, it won’t occupy a place in the consciousness of the populace and will not be able to influence people’s opinions. That’s why the Left don’t just want us off (((Facebook))) and other big social media sites, but also off the streets. If demonstrations really were meaningless, then left-wing extremists and liberal journalists would not react with such hysteria and hate every time we arrange one.

All methods are needed

There is no fundamental conflict between street activism and internet activism or other intellectual activities. Both aspects are needed and work in unison with each other: Effective opinion-shaping on the internet mobilises more people to come to our demonstrations, while successful demonstrations create an increased interest in our ideas and strengthen the conviction of those who attend them, as well as that of more passive supporters.

This is not a complicated conclusion to draw, and in reality many of those who are opposed to demonstrations are likely so because of their own cowardice or laziness. Of course one cannot demand that all sympathisers turn up to a demonstration, and there are other ways to contribute to the struggle, so I’m not condemning everyone who doesn’t participate. However, one can at least ask that those who don’t want to take part in demonstrations do not attempt to rationalise their own laziness by questioning their necessity in general. 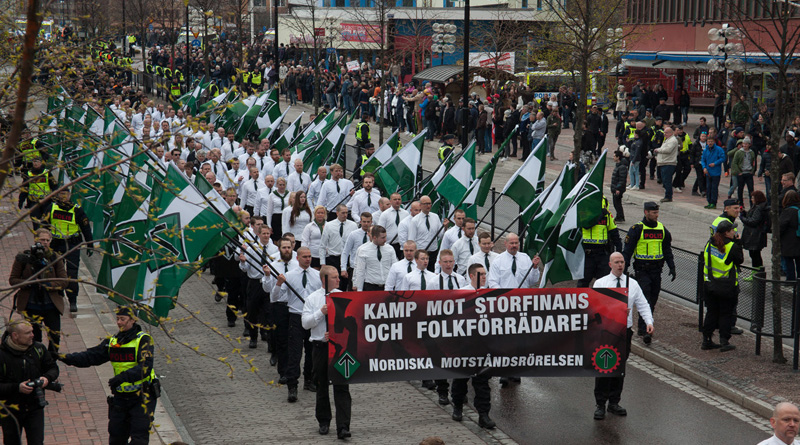