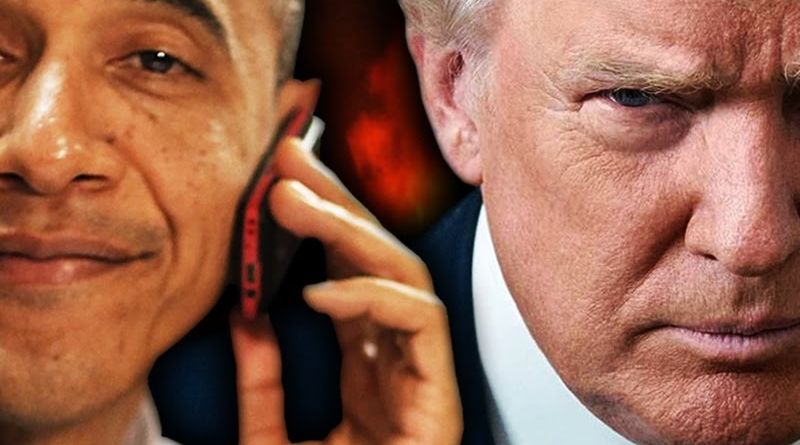 It is impossible to understand the phony “Russian hacking” story following the November Elections, without first recognizing that our Political Class was convinced Hillary Clinton would be safely elected President. This meant business-as-usual would continue in the Washington “Swamp.”

The Jews’ Media and other elements of communist treachery, disinformation and subversion immediately promoted the Russian “hacking” story in an attempt to “delegitimize” Trump’s stunning upset victory, while also refocusing the dominant news narrative away from Trump’s triumph.

“Fake news” is a common technique of the Corrupt Leftist Media and its Jewish bosses: It was the same tactic they used to excuse the tragic deaths of our Ambassador and other Americans at our Benghazi Consulate in September of 2012. They falsely but knowingly attributed this massacre to an anti-Islamic video, which no one in the world had actually seen.

This fake news story following Benghazi was primarily employed to camouflage the incompetence, criminality and treason of Barack Hussein Obama and Hillary Clinton, neither of whom attempted a rescue. Almost certainly, the two were also secretly and illegally arming ISIS from that Consulate, which is why the terrorists – who had never even heard of the video — wanted access so badly.

Similarly, the Corrupt Leftist Media conspired with their comrades in the New Marxist Party (wrongly referred to as “Democrats,”) in order to promote the fictitious narrative that Trump Administration officials collabor-ated with Russia. This was used as a tactic to obstruct Trump’s campaign promise to “drain the swamp.”

It bears repeating: THERE IS NO EVIDENCE WHAT-SO-EVER THAT ANY MEMBER OF THE TRUMP ADMINISTRATION CONSPIRED WITH RUSSIA IN ANY MANNER INVOLVING THE 2016 ELECTION. (If such evidence existed, it would be the lead story every night for the next four years, and would guarantee someone a Pulitzer Prize.)

Likewise, it is equally impossible to understand the amount of “traction” this phony “Russian hacking” story receives from the Corrupt Leftist Media without also recognizing that it is being used as a diversionary tactic to divert focus away from the BIGGEST SCANDAL OF THE 21st CENTURY.

The REAL news story –- which the Jews’ Media fear beyond all else –- is the fact that our communist and African American ex-President used his National Security Agency to spy on Republican rivals like President Trump. He then allowed the results of those “fishing expeditions” to be distributed among the criminals and communist elements found among Obama political appointees, such as that pathological liar, Susan Rice.

That Obama placed such despicable criminals and traitors throughout the federal government — and so-called “Deep State” he created — is evident not only in the endless lies of National Security Adviser Susan Rice, but also in the admission by former CIA Director John Brennan that he voted for the Communist Party (CPUSA) candidate for President in 1980!

You will never hear this from the Jews’ Media, but Brennan admitted voting in 1980 for Gus Hall, the CPUSA’s Candidate for President. Hall’s running-mate, Angela Davis, smuggled a shotgun into a federal court room in California, which was used by Black CPUSA members on trial for murder, to also murder the federal judge sitting on their murder case.

Likewise, FBI Director James Comey proved in his mid-June Congressional testimony that he is not only a weak and simpering liar and coward, but he also revealed himself to have been so incredibly “political,” he inten-tionally obstructed justice in the Hillary Clinton e-mail scandal several times. He was appointed by Obama for exactly such reasons.

Comey demonstrated he is just as partisan as he appeared to be when he halted the Hillary Clinton e-mail investigation, after first allowing Clinton to investigate her own e-mails. (When was the last time you heard of someone under criminal invest-igation by the FBI being allowed many months to privately sift through the evidence of their guilt?)

This gave Hillary ample time to dispose of 32,000 incriminating e-mails revealing her sale of political influence to wealthy foreign nationals and heads of state, in exchange for hundreds of millions in donations to the Clinton Family Crime Foundation.

In fact, not only was Hillary allowed to search her own e-mails, but when her e-mail “Server” was eventually found, FBI agents were ordered to destroy it, which would have insured that any evidence of wrong-doing was lost forever. Comey’s ethical standards were also on display when he condoned Attorney General Loretta Lynch’s private meeting with Hillary’s serial-rapist husband during the investigation.

Returning to the original thesis, all these events come into focus when you recognize that the Corrupt Leftist Media and their ideological allies in the New Marxist Party were convinced that Hillary would be elected President: If that had been the outcome, the prospect of any “Democrat” ever again being investigated for criminal misconduct would be as likely as finding Jimmy Hoffa doing stand-up comedy routines on Cable TV.

“Democrats” (or more accurately, communists) are exempt from investigations: They can murder lots of people, as the Clintons appear to have done; They can be serial rapists, as the “Billy” Goat is; And, they can engage in treason and perjure themselves, as the entire Obama Administration has done on numerous occasions.

In fact, members of the New Marxist Party are “untouchable,” because the Jews’ Media will come to the defense of fellow communists, and use their power and influence to “spin” a dominant but fraudulent narrative until their victims end up being the only ones who are ever investigated. (Like the guy who filmed the anti-Muslim video, alleged to have “caused” the Benghazi terrorist attack.)

President Trump can still save his Presidency, but first, he has to get the children out of the Oval Office, and replace them with hard-headed, anti-communist paleo-conservatives, who recognize who their REAL enemies are. He also needs to take some radical measures – for which he will be criticized by the Jews’ Media – but which may very well save his Presidency.

First, he should get rid of Attorney General Jeff Sessions: Anyone who is dumb and gutless enough to allow his mortal enemies to convince him to recuse himself from the Russian-hacking investigation will always be a liability, especially when the going gets tough. Replace him with Jim Kalstrom, Rudi Giuliani, or Andy McCarthy.

Take the offensive. The New Marxist Party understands that “offense is the best defense,” which is why they are always on the attack. Change the dynamic by ordering your new Attorney General to appoint a Special Prosecutor to investigate Obama’s use of his National Security Agency to spy on Trump and other Republican rivals, and who then distributed the results of their “fishing expeditions” to allies in the Jews’ Media.

Appoint a second Special Prosecutor to investigate Hillary Clinton’s peddling of influence and Confidential State Department Files to wealthy foreign nationals and heads of state. Remove the investigation from the jurisdiction of a politicized and unreliable FBI, and appoint someone with guts and integrity, who won’t be swayed by death threats from Clinton Family assassins. Make certain they find those 32,000 missing e-mails, because that’s where the real evidence lies.

Clear-out the Obama appointees in the National Security apparatus, and reassign them all to Anchorage, Alaska or Fargo, North Dakota. Replace them with “old hands,” whose loyalty and Patriotism have been glaringly absent from the State Department, NSA, CIA and FBI for at least eight years. Bring in retirees, if need be.

There shouldn’t be one remaining high-ranking Obama appointee left in the federal government by the end of Trump’s first year in office. The very idea that so many are still in place is inexcusable.