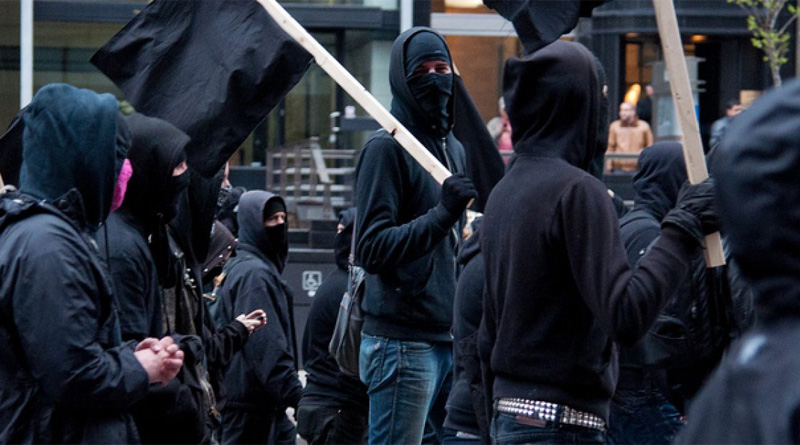 “No Go Zones” were first popularized by radical Muslims.

In the post, which mistakenly labels New Years as “January 31st,” they call for “free engagement” against who they consider “fascists” in areas of the city circled on a map.

The driving force for these activities came from two fronts. First was a rumored meet-up of the conservative-leaning fraternal group Proud Boys, which Nashville-area Proud Boy Matthew Walter has confirmed to Big League Politics as non-existent.

Along with the non-existent Proud Boys meet-up, the Antifa group was targeting the city due to the presence of Fox News personality Tomi Lahren, who was broadcasting her show from a Nashville bar.

In a statement posted on the group’s website, they confirm that they were in the city over the New Years holiday working to prevent the Proud Boys from enjoying their night.

Also, a Tweet on their page confirms they were attempting to spot Proud Boys in the city, even posting a picture of a random person, which Walter tells Big League Politics is unknown to the group.

Antifa, which considers President Donald Trump, and his supporters to be “fascists,” have a long history of violence.

When they label an area as an Anti-Fascist Zone, they are attempting to instill fear to those who disagree with their far-left views.

The tactic of zoning areas to unwelcome those with disagreements is most known in Islamic communities across Europe.

These areas, which have even been acknowledged by German Chancellor Angela Merkel are known to be unwelcome to non-Muslims. Radical Muslims have been known to use violence to enforce those zones.