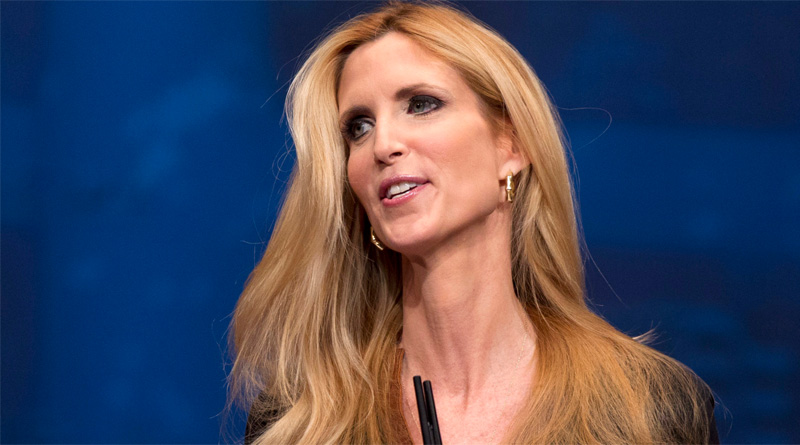 The status quo of demographic change wrought by immigration — both lawful and unlawful — must change in order to “save the country,” said Coulter.

Describing DREAMers — those targeted by the Obama administration’s Deferred Action for Childhood Arrivals (DACA) policy and subsequently proposed bills seeking to codify it as federal law — as “the most annoying people in the universe,” Coulter jestingly recommended prioritizing the most obnoxious cohort of illegal immigrants for deportation:

It has to be said that many of the legal and illegal low-wage workers, they’re incredibly hard workers, they’re really nice people, and it occurred to me … that I actually like all of the illegal immigrants except the DREAMers. They’re the ones I want deported first because they’re the activists. They’re the obnoxious ones. They’re the ones who go to congressional offices and stamp their feet and say, “How dare you not rush to grant us amnesty?” Whereas the other illegals don’t have the time to be protesting; they’re busy working, being polite, being so friendly and nice and saying, “Merry Christmas.”

No. Let’s start by deporting the DREAMers. That’s point one.

“Unless [DREAMers] are not deported, they’re all becoming citizens,” warned Coulter.

“Widespread, unchecked, unfettered immigration,” said Marlow, is an existential threat to the continuity of American values.

Previous efforts to amnesty illegal immigrants — such as the Gang of Eight bill supported by Sen. Marco Rubio (R-FL) — amounted to “kill America” endeavors, said Coulter. Such amnesty proposals are regularly marketed by their proponents under the guise of “comprehensive immigration reform.”

Any legislated amnesty will necessarily extend beyond limiting parameters promised by its supporters, said Coulter, pointing to the broadening of previous amnesties beyond originally stated limits via judicial rulings.

Birthright citizenship must also end, agreed both Coulter and Marlow. Automatic extension of citizenship to “anchor babies,” said Coulter, is “crazy” and “insane.” Existing policy is exploited by a “birth tourism,” in which pregnant foreigners time visits to the U.S. to coincide with their expected due dates.

Demographic change is an existential issue trumping all other challenges, said both Coulter and Marlow.

“All of it is moot if we don’t and end the DACA amnesty talk and if we don’t get the wall up,” said Marlow. “If that doesn’t happen, by the time we get to the polls next November, literally, the country will be on a precipice.”

The absence of a southern border wall will render recent political achievements — such as lessening burdensome federal regulations and taxes, the appointment of quality jurists to the judiciary, killing ISIS terrorists, and deciding to move the U.S. embassy in Israel to Jerusalem, and undermining popular trust in left-wing news media outlets — naught, said Marlow:

All these wonderful achievements by this president, it’s not going to make a dime’s worth of difference, because not only are we setting our society on a path where we’re just legalizing undocumented Democrats, but we’re not gonna win any elections because we don’t keep our biggest promises. I really do think this is a do-or-die thing, and we’re a year in, and so far, it’s die.

“All of these victories are going to be Pyrrhic victories if we live in a country where no Republican can be elected president ever again,” concurred Coulter, framing to political and partisan shifts associated with the status quo of demographic change.

Politicians supporting widespread amnesty for illegal aliens, said Coulter, were motivated by either “corruption or stupidity” in their pursuit to “destroy our country.”

Demographic change is broadly hidden from the public by both politicians and the news media, said Coulter, while less pertinent issues are given undue focus. Proponents of preserving and/or accelerating the rate of demographic change via both legal and illegal immigration, she said, know they cannot win popular support for their positions on the battlefield of ideas:

“Every time you allow Americans to vote [on issues relating to immigration], every time it’s on the ballot … they vote for less immigration [and] fewer benefits for immigrants,” said Coulter, highlighting popular opposition to the status quo of both legal and illegal immigration.

Coulter rejected left-wing narratives of ethnic “diversity” as a social asset, drawing on comments made by the late Singaporean Prime Minister Lee Kuan Yew: “The more multi-ethnic a society becomes, people stop voting on their social interests, their economic interests; they vote on their ethnic group and I think that’s what the Democrats are counting on.”