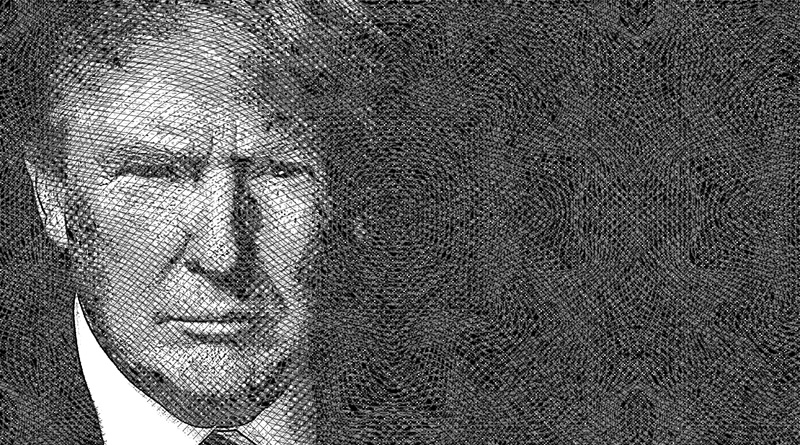 Pat Buchanan once remarked that if the Democrats submitted a bill to burn down the Capitol Building, the Republicans would offer an amendment to phase it in over three years. The Great Buchanan was being facetious, but it’s almost come to that: With the exception of the Freedom Caucus in the House, few “Republicans” have done anything but betray us for decades.

While President Trump was recently in Europe to commemorate the 75th Anniversary of D-Day, the misnamed “GOP Leadership” in Washington busied themselves by betraying him as they usually do.

Mitch McConnell (R-KY,) Roy Blunt (R-MO,) Joni Ernst (R-IA,) John Thune (R-SD,) and John Barasso (R-WY) held a press conference to announce their opposition to President Trump’s plan to impose tariffs on Mexico, until that country ceases to be a conduit for illegal immigration from the shit-holes of Central America.

Each of these Senators routinely run as conservatives back home, but are actually whores owned by the K Street lobbyists, the Koch Brothers, Wall Street and the Chamber of Cowards. Their masters routinely march them out to support open borders and oppose any common-sense solutions by President Trump to resolve our illegal immigration crisis.

Trump deserves much better than the gutless back-stabbers who comprise the vast majority of the GOP in both houses of Congress. What’s even clearer, THEY don’t begin to deserve HIM! It’s high time Mr. Trump took some decisive measures to show these quislings that most of them would actually be working for a living were it not for his coattails and leadership.

Anyone who makes the mistake of contributing to the Republican National Committee (RNC,) is merely supporting the very people who have hamstrung and betrayed the vast majority of President Trump’s initiatives since he took office. (I quit contributing to the RNC 10 years ago.)

Even worse, during the Mueller investigation, most hid in the tall grass where GOP cowards can always be found. Few have ever defended Trump and they no longer deserve OUR support. Send your contributions to the Freedom Caucus in the House, but not the RNC.

These are the same bunch who had significant majorities in both Houses of Congress for two years but never had the balls to repeal ObamaCare, the worst piece of legislation ever enacted by the U.S. Congress. RINOs campaigned “back home” against ObamaCare and immigration, but later proved they are just as comfortable in the Washington “Swamp” as “Democrats.”

Secondly, President Trump needs to find loyal candidates to challenge Congressional incumbents who failed to support him. His phenomenal support among REAL Republicans and many “independents” should make it a simple proposition to eliminate all those Senate and House RINOs who have betrayed us for decades. The simplest and most cost-effective means to rid ourselves of these worthless swamp-creatures is to “PRIMARY” them out of office.

If this tactic isn’t successful, then it’s high time President Trump left the so-called Republican Party and formed his own third party. The GOP has done little or nothing for him, while he has done the GOP an enormous service by saving it from its own cowardice and self-dealing. It could be a very successful strategy for President Trump to start his own party.

Third-Party efforts are rarely successful, but we are living in a new and unique political environment. As evidence, consider the fact that President Trump’s own party has collaborated with the Marxists queers, vegetarians, nudists and lunatics in the so-called ”Democrat” Party in order to hamstring Mr. Trump’s efforts to halt the invasion of our southern border by Third World garbage and criminals.

If President Trump takes 55% of the Electorate with him to his new party – as seems likely — that would leave the remaining 45% divided between the Republicrat Party and the Demublican Party. This may be an unbeatable electoral strategy.

Teddy Roosevelt attempted to reenter politics by campaigning for the presidency in 1912. After failing to win the Republican nomination, he formed the Progressive (or “Bull Moose” Party) to oppose Taft, who won the GOP nomination. Roosevelt lost because his traditional constituency refused to abandon the GOP and follow him to his new party.

In contrast, most Trump supporters have remained disgusted with the betrayals of the Republican Party for so long that to a man (and woman,) they will follow him to any new party. The “independents” are already there.