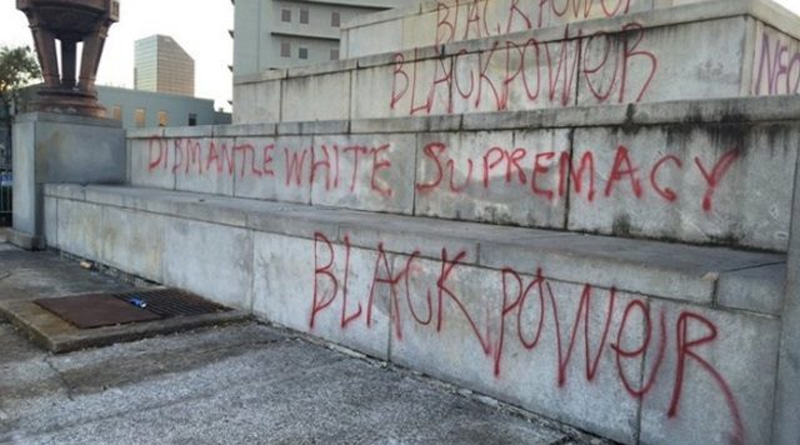 Sadly, I’m afraid the SPLC isn’t what it used to be:

“Last weekend, a motley crew of far-right groups assembled at New Orleans’ Lee Circle to protest the city’s removal of Confederate monuments. Bearing all manner of insignias, from the Confederate Battle Flag, Klan logos, Civil War kepis, Norse runes, the flag of “Kekistan,” the Gadsden flag, to U.S. flags, all were prepared for a brawl.

The highly touted “Battle of New Orleans” was by all accounts a disappointment. The flaggers’ desire to pre-emptively name a “battle” where one would not occur, and to nevertheless claim victory is evidence of a strategy at play by the far-right that emerged after “The Battle of Berkeley” last month. That same strategy is now in play with many along the racist right, including one of Sunday’s event attendees, Brad Griffin, who writes under the pen name Hunter Wallace. …”